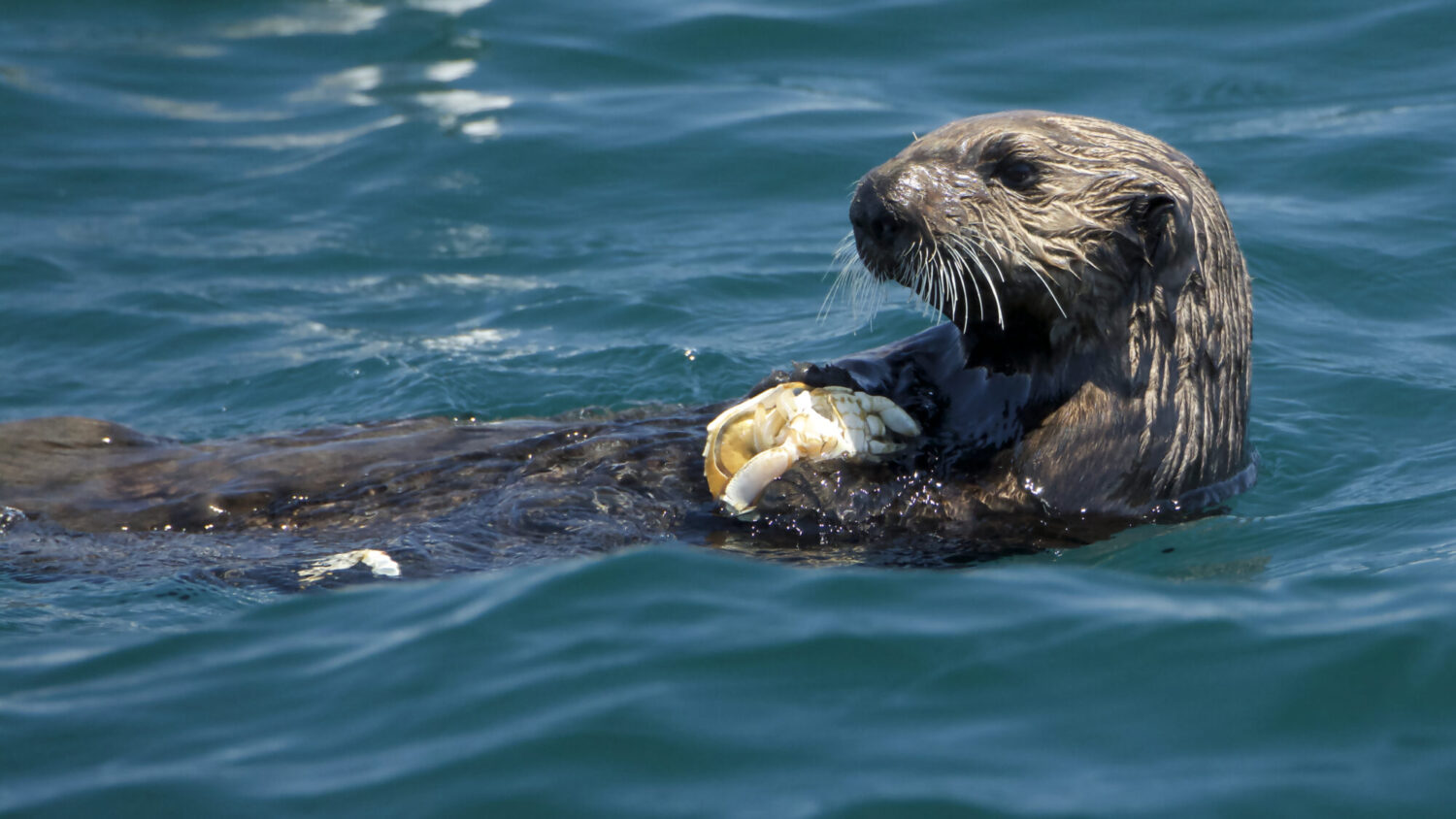 In a recent discussion with San Jose Mercury News, lead researcher Dr. Megan Moriarty explained that domoic acid (which puts the “harmful” in HABs) exposure has “more widespread health effects than we were aware of. The biggest finding of this study pertains to sea otters, but it also goes on to include potentially other marine species, and even potentially humans.”

This study was pretty amazing, and heart-wrenching of you love otters like we do. Researchers built on various data sets including historic testing for pathogens in shellfish for human consumption – yes, HABs are dangerous for humans too – to track how otters consume domoic acid.

The study also relied on previous otter research. One of these studies had closely observed over 180 otters in the wild for up to 14 years to characterize diet preferences of individual otters. This is important, because every otter has unique preferences – specializing in certain prey – and there are differences in how various food sources store domoic acid. For example, razor clams, Dungeness crabs, and scallops retain domoic acid much longer, making these foods more dangerous.

The results? Otters repeatedly exposed to HABs were 1.7 times more likely to die of heart disease than those in areas without algae blooms. Of those, otters that ate more crabs and clams were significantly more at risk.

Moriarty et al.’s paper notes – “marine wildlife are sentinels of environmental change and have been useful in early detection of harmful algal blooms and their biological effects.” The situation at Elkhorn Slough, a prime habitat for sea otters (see otter cam here), is another example of how studying and advocating for otters is ultimately studying and advocating for ourselves. Largely due to the presence of otters, researchers have been documenting the ongoing problem of nutrient runoff in Elkhorn Slough, which lies between the Monterey Bay and the region where most of our leafy greens and berries are grown (see Elkhorn Slough nutrient mapping tool here).

The primary contributing factors to increasing HABs along the California coast are rising ocean temperatures and nutrients being discharged to our waterways by industry. For the endangered southern sea otter found only on California’s Central Coast, the relevant industry is agriculture.

California Coastkeeper Alliance and local Waterkeepers, including Monterey Coastkeeper and Santa Barbara Channelkeeper, continue to lead efforts for greater accountability in how our food system pollutes our groundwater, inland, and marine waters (read CCKA’s principles here). Unfortunately, with agricultural pollution as with carbon emissions, the slow pace of changing our practices is not meeting the urgency of our problems.

California’s waterways and its otters are at risk, so long as we continue on our current path of inaction. One way California Coastkeeper Alliance is working to turn the tide on pollution and reduce HABs in California is the introduction of this year’s California Clean Water Act – Assembly Bill 377, introduced by Assemblymember Robert Rivas to help California meet its clean water goals.

Agricultural pollution is one threat to our coast and sea otters that we can control. We just have to be willing to act.