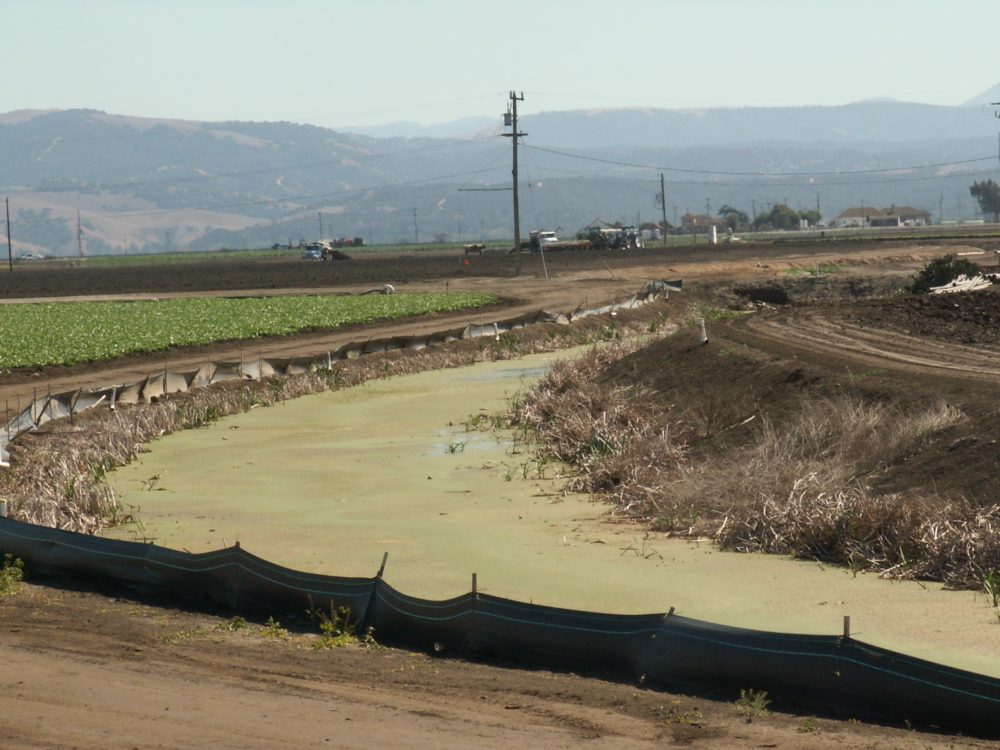 Last week, a coalition of non-profit and trade organizations filed a lawsuit in Sacramento California Superior Court against the State Water Resources Control Board and the Central Coast Regional Water Quality Control Board claiming that the boards have repeatedly failed to enforce critical clean water rules designed to limit pollution from excess fertilizer, pesticides, and manure washing into streams and, ultimately, out to sea. This dereliction of duty jeopardizes the safety of public drinking water, as well as the health of rivers, coastal waters and fisheries, according to the environmental justice, fishing, and coastal advocates.

California has some of the nation’s strongest laws to protect clean water—it was the first state to recognize the human right to safe water. Over the past fifty years, California has made tremendous strides to clean up industrial pollution, but progress on agricultural pollution has been slow. Today, agricultural pollution is the primary culprit for unsafe water that burdens both urban and rural communities, sickening people and driving up water treatment costs. In essence, the agricultural industry is passing off clean up costs to water utilities and their customers.

Decades of unchecked agricultural pollution have taken a toll on California communities, fisheries, and waterways. A 2013 report by the State Water Board found that more than 200 communities rely on groundwater contaminated by nitrates in fertilizer. Nitrate in drinking water can cause cancer, diabetes, and birth defects. Nitrogen and other fertilizers also fuel the toxic algae blooms that turn lakes and reservoirs green and smelly in the summer heat, making them unsafe for people or pets to swim in. The same chemicals are wreaking havoc in coastal areas like Monterey Bay, exacerbating ocean acidification, and creating dead zones. In addition to the public and environmental health costs—this pollution threatens fishing, tourism, and recreation jobs and businesses.

Fortunately, California does not have to choose between clean water and a thriving agricultural economy. Responsible farmers and ranchers have proven that it is possible to be good stewards of the land and water. Now, groups are looking to the state’s water boards to enforce the common sense safeguards on the books:

“Despite their legal responsibility over water quality and their acknowledgement of agricultural pollution as the primary culprit for unsafe water and of the critical need for immediate action, the State Board and the Regional Boards have repeatedly failed to discharge their duties. These failures leave the public with no assurance that the State – and the Central Coast region, in particular – will achieve mandated water quality standards in any reasonable timeframe or realize the human right to water enshrined in California law and the reasonable use doctrine enshrined in the California Constitution.”

Known as a “Pattern and Practice lawsuit, the coalition of organizations believes:

“[T]he State Board has engaged, and continues to engage, in a pattern and practice of systematically failing to comply with its legal obligations under state law…”

The State Board and the Central Coast Regional Board are well aware of these agricultural pollution problems and have been for many years. For more than a decade, regional monitoring in the agricultural areas of the Central Coast region and throughout the state has documented the degraded quality of surface waters and groundwater, as well as the continuing, and in some cases worsening, violations of drinking water and water quality standards.

The Central Coast Regional Water Quality Control Board adopted its first “Conditional Waiver of Waste Discharge Requirements for Irrigated Agriculture” (Ag Order) but acknowledged it was ineffective because it did not include conditions “consistent with typical orders to control waste discharges from industries or activities affecting water quality in a similar level of severity.” The Regional Board’s 2012 effort, as modified by the State Board in 2013 (2013 Ag Order), was also ineffective for similar reasons.

A coalition of groups challenged the 2013 Ag Order in court and won. In a scathing 44-page ruling the judge ordered the State and Region to create a new Ag Order, consistent with his ruling and the law. The State and numerous agricultural groups appealed the ruling, thus staying the judge’s order. The appeal is awaiting a court date. Despite the judge’s ruling and knowing that the 2013 Ag Order was legally deficient in many ways, the Central Coast Regional Board renewed a nearly identical Ag Order in March 2017. A coalition of organization petitioned the regional decision to the State Board and the State Board declined to review the petition, catalyzing the current lawsuit.

The complaint can be viewed or downloaded from here: https://otterproject.files.wordpress.com/2017/08/2017-pattern-and-practice-complaint.pdf