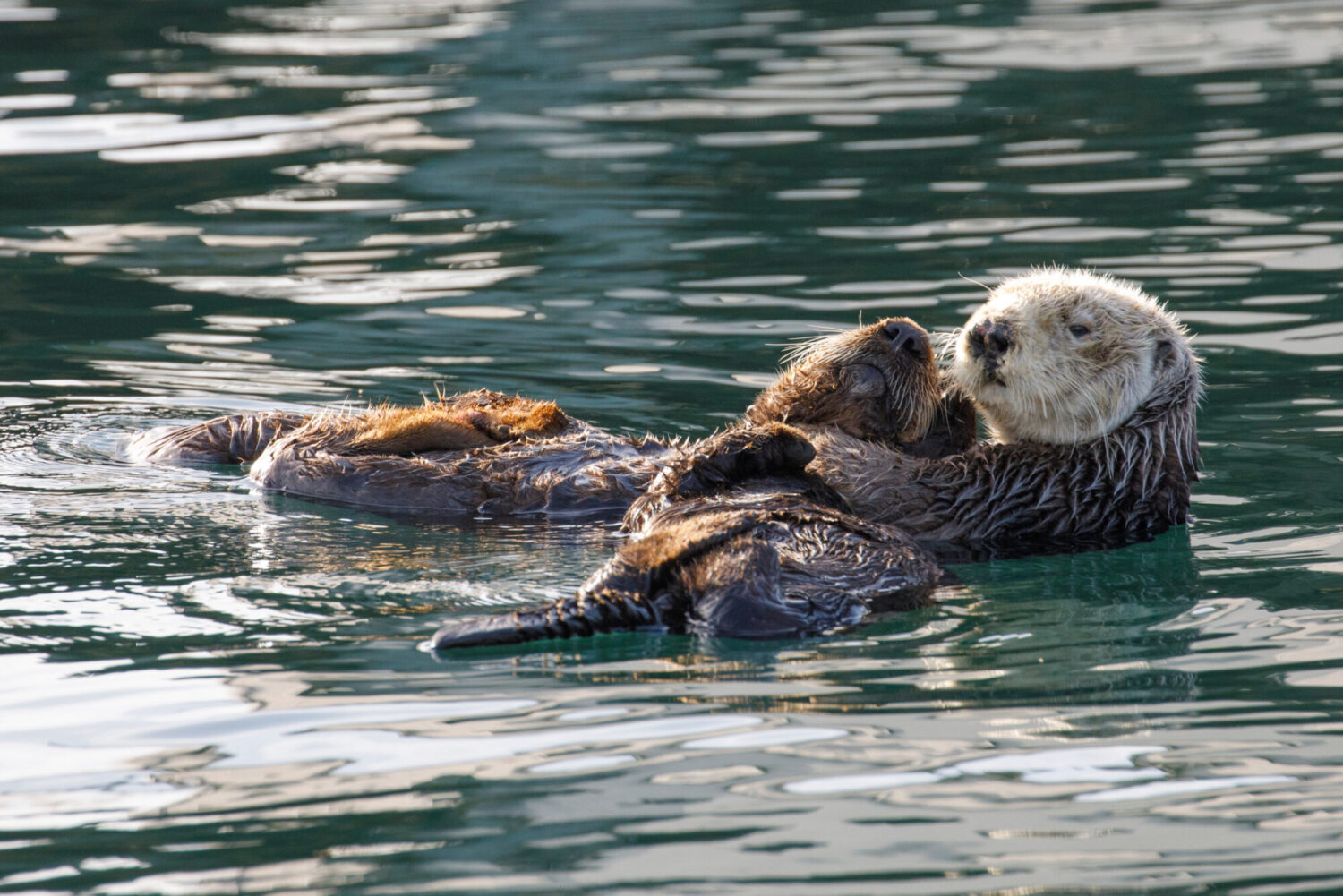 Happy World Otter Day! We are celebrating all things otters by sharing 10 facts about the beloved southern sea otter on California’s Central Coast. Read more about why sea otters are one of our favorite ocean critters!

1. THEY NEED EACHOTTER: A survey conducted in Elkhorn Slough, CA found that sea otters rested 54% of the time. Resting sea otters form a raft—sometimes even linking feet to hold onto each other to keep from drifting away. In 2017, the Monterey Bay Aquarium found a mega-raft of more than 30 southern sea otters, comprising over 1% of the southern sea otter population, sheltering together in a kelp forest.

2. SUPERMOMS: Baby sea otters (pups) are carried by mom until they are able to swim. Sea otter moms expend so much energy taking care of their pups, they risk their own lives. Otter moms can even burn through 133% of their body mass to raise a pup.

4. IN RECOVERY: The southern sea otter has been listed as threatened under the Endangered Species Act since 1977. Historically, as many as 20,000 southern sea otters may have lived along the California coast and Baja California. Wild populations have struggled to recover after being decimated by the fur trade. In 2019, a USGS census determined the 3-year average of combined counts from mainland range and San Nicolas Island, was back down to 2,962, a decrease of 166 sea otters from 2018, and a population level signifying both a continuously threatened and depleted stock.

5. OTTER TOOLKIT: Sea otters are incredibly resourceful and are known to use rocks to crack open shellfish. A study in central California observed otters utilizing stones to weaken shellfish before opening a mussel or clam with their teeth. The otters even exhibited a “pawedness” tendency to hold the rock in one hand versus the other. Otters are also known to stash food and their favorite rock tool in little forearm flaps that they use as pockets.

6. VERY PLAYFUL: Sea otters are incredibly smart. Check out Eddie in the Oregon Zoo playing hoops to participate in arthritis therapy. By playing basketball, the zoo veterinarians came up with a creative way to regularly exercise and train Eddie’s joints.

7. SO SMOL: Sea otters are the smallest marine mammal, garnering them protection under the Marine Mammal Protection Act. They are members of the weasel family—related to skunks, wolverines, weasels, badgers, martens, and minks. Among otters, the southern sea otter is one of thirteen species.

8. CUTE & SLEEPY: Sea otters cover their eyes with their tiny paws when they are napping.

9. RESPECT THE NAP: Sea Otter Savvy has great tips for keeping these mammal’s safe from water recreators. Most importantly, give the otters their space, make sure to not encircle them in a kayak, back away if they show any behavior al changes, and avoid approaching head on. These helpful tips help sea otters to get their much-needed rest and ensure their energy supplies are not wasted.

10. OTTER VIEWING: Would you like to see an otter frolic? Head to the Monterey Bay Aquarium daily livestream (7AM-7PM PST). Or check out the Elkhorn Slough National Estuarine Research Reserve tidal creek and mudflat OtterCams.