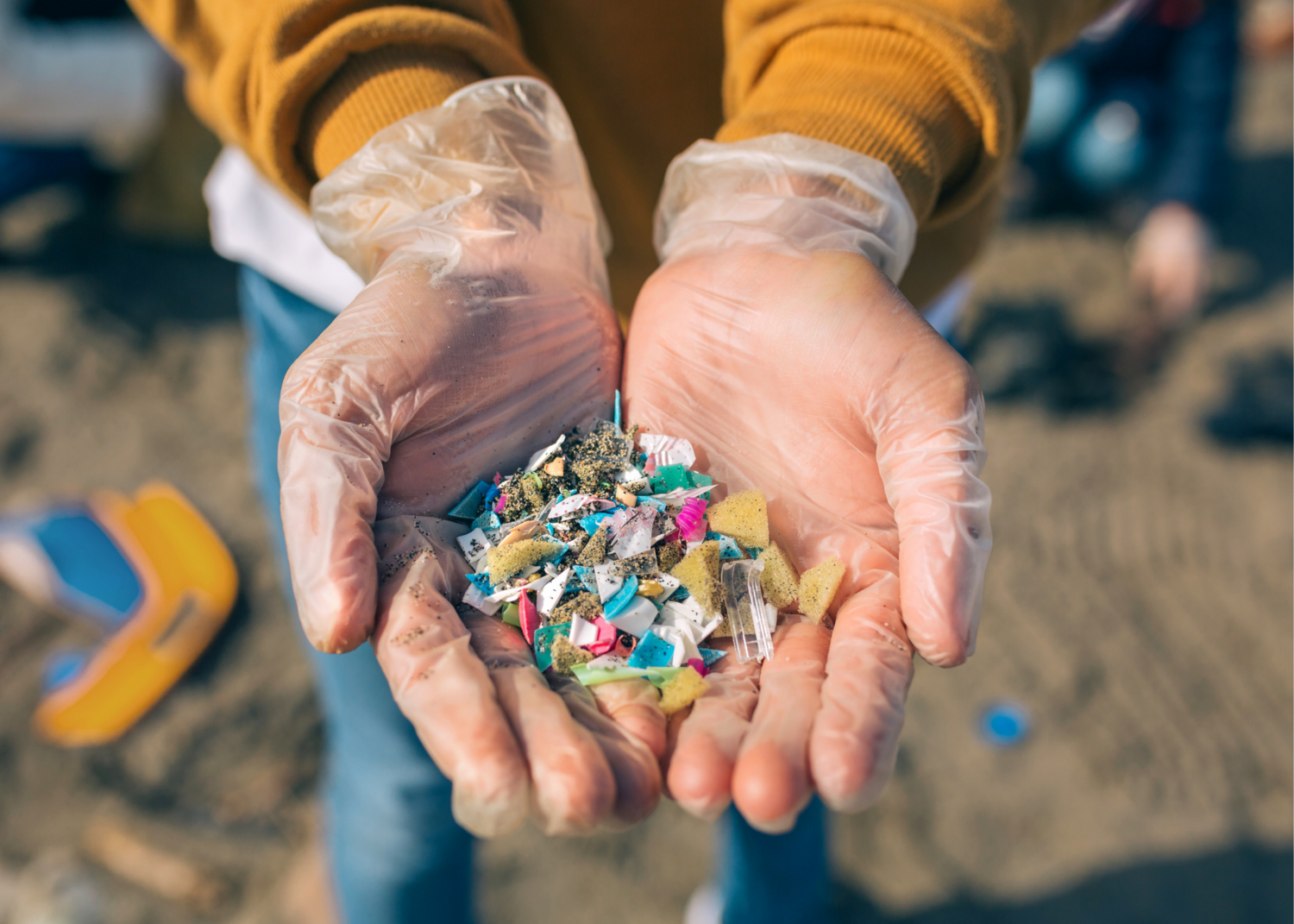 Scientists have found microplastics in nearly every place they’ve looked, including pristine mountain springs, the arctic, and even human blood. These tiny pollutants come from a variety of sources: bits of car tires, larger plastics that break down over time, and one of the most ubiquitous types of microplastics polluting California’s waterways, microfibers.

Microfiber plastics are present in most synthetic clothing. Every time synthetic clothes are washed, upwards of 1.5 million microfibers can be released into the local wastewater treatment system. Microfibers are over 20 times thinner than the average strand of hair, allowing them to slip past wastewater treatment filtration and flow straight into our rivers and oceans.

For example, in the San Francisco Bay area, a recent study found that, of the eight wastewater facilities that service 70% of the region, 46 million microplastic particles per day were discharged into the Bay. Extrapolating from this, scientists believe that 17 billion microplastics pass through the Bay Area’s wastewater treatment facilities every year, only to end up polluting California’s coastal environment.

Microplastic impacts are even worse when you look at stormwater. The same study estimated that 7 trillion microplastics were discharged into the San Francisco Bay every year from stormwater runoff, nearly half of these microplastics are likely rubber from tires.

It comes as no surprise then, that California’s Ocean Protection Counsel has noted that microplastics have been observed in increasing amounts in Monterey Bay, the Greater Farallones National Marine Sanctuary, Lake Tahoe, and in Southern California Waterways. Microplastics are everywhere.

Once they are deposited into the environment, microplastics can lead to a variety of damaging outcomes. In our oceans and waterways, marine animals and other wildlife can mistake the microplastics for food, filling their stomachs with the pollution causing starvation and reproductive issues. And, when these animals are eaten, the plastics bioaccumulate up the food chain, eventually to be eaten by humans. A recent UC Davis study sampled seafood sold at local markets in Half Moon Bay, California, and found that one-quarter of the fish and one-third of the shellfish contained plastic debris.

So, how do we fight this pollution? California Coastkeeper Alliance (CCKA) has developed a three-prong approach to keep our waters microplastic free, while also providing drought resilience. First, CCKA has been at the forefront of advocating for local communities to capture stormwater. California can capture and reuse enough stormwater to serve the entire City of Los Angeles by using rain gardens, green roofs, permeable pavements, and rain barrels. By capturing stormwater and allowing it to percolate into our groundwater, we not only allow the soil to naturally filter pollutants – like microplastics – but we also increase our drinking water supply by percolating stormwater into our local aquifers.

Second, CCKA is using our water recycling expertise to advocate for California to reuse all of our wastewater that is lost to the ocean. Most cities in California use water once, then dispose of it like waste. Hundreds of billions of gallons of treated wastewater are dumped into the ocean instead of being purified for potable uses. In 2017, we co-sponsored legislation that became a law requiring the state to develop first-in-the-nation regulations allowing utilities to deliver purified recycled water directly to customers by 2023. Additionally, in 2018 CCKA obtained a statewide goal to recycle all ocean wastewater. That goal was bolstered in 2020 by a California Ocean Strategic Plan that sets a timeline of recycling all ocean wastewater by 2040. By recycling all our ocean wastewater, we not only filter microplastics out of our water but we tap into a huge opportunity to boost our local water supplies.

Finally, CCKA is seeking to capture the synthetic plastic fibers that shed in your washing machine. This approach to controlling microfiber pollution has been recommended by the Ocean Protection Council’s draft statewide microplastics strategy. This year, CCKA is attempting to pass legislation, Assembly Bill 891 (Stone), which would require all new washing machines sold in California to require a microfiber filter, similar to a lint trap in your dryer.

Microplastics are ubiquitous within our community, our food, and the water we drink. That is why CCKA will continue to champion our three-prong approach to reducing the microplastics that flow daily to our waterways and the ocean. Because water is life. And microplastics have no future in it.