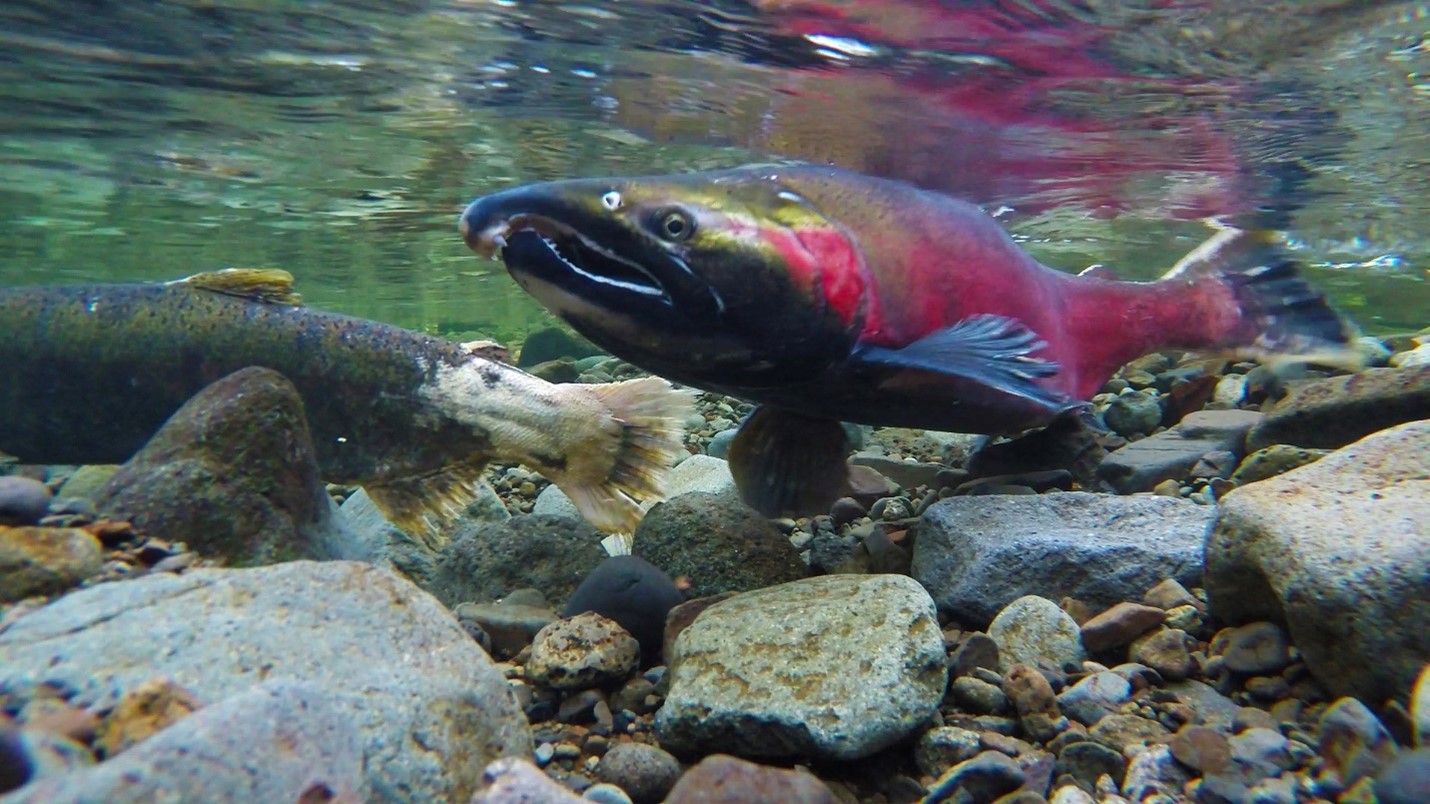 For over 20 years, researchers in the Puget Sound area have seen a connection between stormwater and salmon deaths. Previously known as the “coho mortality phenomenon” or “urban runoff mortality syndrome,” studies have shown that an incredible number of salmon die within a few hours after exposure to stormwater from urban watersheds near roadways. It was only in 2020 that researchers out of the University of Washington released a report that finally identified the toxic chemical responsible for the fish kills, 6PPD-quinone. Unfortunately, according to the Department of Toxic Substances Control (DTSC), this chemical is found in “most if not all motor vehicle tires.”

6PPD is used in tires as an antioxidant, designed to react with oxygen and ozone to protect car tires from cracking. However, when 6PPD acts as intended and reacts with ozone, it transforms into 6PPD-quinone. Once washed into the environment, this chemical compromises a salmon’s blood-brain barrier, killing exposed fish within hours.

DTSC is in the process of listing tires manufactured with 6PPD as a Priority Product, the second of four steps in California’s Safe Consumer Product Program. While this is a great start, the Program gives DTSC a lot of discretion the agency may choose to do nothing. Even if DTSC chose to completely ban tires with 6PPD, the Safe Consumer Product Program is limited. It only applies to tire manufacturers in the state, would have no effect on any tires manufactured out of state unless DTSC reached out to every importer and retailer individually, and it does not apply to car sales. While the Program is an excellent beginning to pollution source control, there must be more to protect salmon from this chemical.

The main pollution pathway for 6PPD-quinone is through stormwater. However, the State Water Board has not acted to control 6PPD in stormwater runoff, saying that no waterbodies are officially listed as impaired by 6PPD-quinone and the Safe Consumer Product Program is adequate. However, no waterbodies are listed because 6PPD-quinone is an emerging chemical of concern, and DTSC’s Program by no means solves the issue on its own. This is unacceptable and made even worse because there are effective methods of controlling 6PPD in stormwater runoff.

While the recent discovery of this chemical means that there are limited studies on how to remove 6PPD and 6PPD-quinone from stormwater, previous studies on the “coho mortality phenomenon” have found that bioretention systems, a readily available stormwater filtration management practice, “effectively treated the highway run-off in terms of both toxic chemical exposure and salmon spawner survival.” In addition, the researcher who discovered the chemical has anecdotally stated that bioretention and bioswales have removed a majority of 6PPD-quinone from stormwater samples.

Due to the chemical’s incredible toxicity to large fish and its ubiquity in car tires, CCKA is working to support DTSC’s listing of tires with 6PPD as a Priority Product and pushing for the State Water Resources Control Board to regulate 6PPD in its stormwater permits. This chemical has been called the DDT of our generation, and we need to act now to manage it.

Stay informed of 6PPD and our work to protect California’s waters by subscribing to California Coastkeeper Alliance’s monthly newsletter, becoming a lifetime member, or following us on social media: @CA_Waterkeepers.