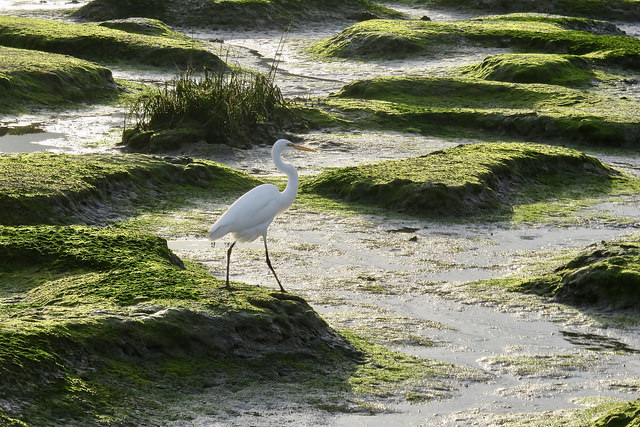 Scientists agree that climate change is the biggest global health and environment threat of the 21st century. Eighty-five percent of Californians live or work along coastal areas, where sea level is projected to rise more than one foot over the next forty years, and four to five feet by the turn of the century. And, with rising temperatures, come more extreme storms, droughts and floods. California – and its $2.3 trillion economy – certainly has a lot to lose.

The Trump Administration has made good on its promises to the fossil fuel industry by withdrawing the U.S. from the Paris Climate Agreement. As the world’s second largest contributor to greenhouse gas emissions (and the greatest cumulative contributor, historically), U.S. climate programs now depend on local leadership by states and cities. That’s why California Coastkeeper Alliance has prioritized work with the Legislature on bills to make California’s climate, water and economy more resilient.

This year California Coastkeeper Alliance is working with Assembly Member Mullin (D-San Mateo) to author Assembly Bill 388, which would make the reuse of dredged sediment for wetland restoration eligible for funding from the Greenhouse Gas Reduction Fund. This investment is critical because of the benefits of coastal wetlands in the fight against climate change. Wetlands sequester atmospheric carbon and store it for long periods of time, while also mitigating flooding and the other devastating impacts of sea level rise.

Currently, the U.S. Army Corp of Engineers disposes the resulting sediment from dredging for navigation and flood control by dumping it 55 miles offshore. But, there is an enormous need for this nutrient-rich soil on-shore in wetland restoration – with the statewide demand expected to grow to 170 million cubic yards in the next four years. Fortunately, the U.S. Army Corps is willing to give its dredged sediment to California’s wetland restoration projects if the state would supplement the cost difference between ocean disposal and putting it in wetlands. For only a few dollars per cubic yard, California could fight climate change in a real way by putting sorely needed sediment towards wetland restoration, sequester GHG emissions, and provide a natural buffer to sea level rise.

We want to thank Assembly Member Mullin for his leadership on this issue – AB 388 could not have been introduced at a more critical time. Trump’s assault on California includes a proposed budget that strips $4.8 million from the Environmental Protection Agency’s wetland restoration program. Investments from the Greenhouse Gas Reduction Fund would lessen that blow by leveraging remaining federal funding for dredging activities.

Wetland restoration slows global warming and helps vulnerable coastline communities adapt to sea level rise. We are proud to have developed AB 388 alongside Assembly Member Mullin to provide California with a great first step of the many needed in the fight against climate change.