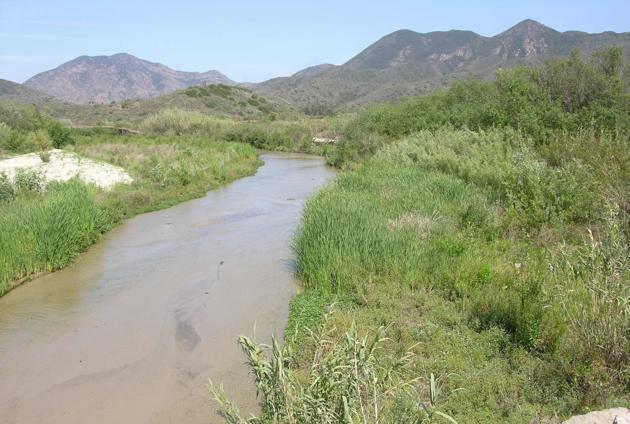 The historic and ongoing discharges of E. coli, fecal coliform, copper, aluminum, iron, zinc, total suspended solids, and trash from the Facility into Arroyo Simi, Arroyo Las Posas, Calleguas Creek, Mugu Lagoon, and the Pacific Ocean not only harms aquatic and avian life utilizing these waterways, but poses continuing health threats to humans who come into contact with the Facility’s discharges while swimming, recreating, wading, researching, or surfing.

The G.I. Industries Waste Management discharges are also thwarting the Arroyo Simi Greenway revitalization efforts, and pose threats to the increasing amounts of residents and visitors who utilize the Greenway’s trails and waters. Arroyo Simi Greenway users routinely view aquatic life, avian wildlife, and riparian vegetation along and in Arroyo Simi as they hike, jog and bike along the trail, and make their way down to its waters. The trail, which is about 40% complete, may eventually span 12 miles of Arroyo Simi, connecting multiple parks, schools, and neighborhoods. The vision of the Arroyo Simi Greenway Specific Plan is to revitalize Arroyo Simi into a scenic Greenway which becomes a valuable resource that the community is proud of and uses on a regular basis, and that includes healthy recreational opportunities and transportation alternatives other than the
automobiles.

In addition to the unabated toxic discharges from the Facility, Wishtoyo and Coastkeeper investigators discovered multiple illegal discharge locations from the Facility that have not been reported to Los Angeles Regional Water Quality Control Board as required by law. The discharges from these unreported points are not being monitored for pollutants, and the Facility is not implementing needed best management practices and treatment controls to prevent pollutants from discharging from these locations.

“Our investigative team even discovered that the Facility illegally discharges waste and wash down water containing E. coli and fecal coliform into the local storm sewer, which makes its way into a pool of fish in Arroyo Simi,” said Jason Weiner, the Staff Attorney for Wishtoyo and its Ventura Coastkeeper Program. Further, the G.I. Industries and Waste Management Facilities owners and operators are not sampling for E. Coli and fecal coliform despite being required to by the Clean Water Act. “Waste Management, like their industry peers, must monitor and treat their storm water discharges for the E. coli and fecal mater transported to their facility in their garbage bins and trucks,” adds Jason Weiner.

“It worrisome that levels of E. coli and fecal coliform in the Facility’s discharges are as much as 200 times the Clean Water Act water quality standards designed to protect human health,” says Mati Waiya, Chumash ceremonial elder and Executive Director of Wishtoyo and its Ventura Coastkeeper Program. “The Chumash conduct ceremonies in the waters downstream of the Facility, and our volunteers wade in Arroyo Simi to test water quality and to pick up trash. Further downstream surfers and military personal enjoy the ocean waters that receive the Waste Management discharges as well. We hope the G.I. Industries and Waste Management owners do the right thing, and take the necessary measures to protect human health and the environment as required by law.”

The Calleguas Creek Watershed and Arroyo Simi: The U.S. Environmental Protection Agency (EPA) considers Calleguas Creek and its tributaries, which supply more than a quarter of the county’s needs for drinking and irrigation water, as one of California’s most polluted river systems, as it contains a remarkably high number of U.S. EPA Clean Water Act Section 303(d) water quality impairments. Arroyo Simi, a tributary to Calleguas Creek adjacent to and downstream of the G.I. Industries Facility, is on the Clean Water Act Section 303(d) list of impaired waterbodies for: Total Dissolved Solids, Ammonia, Boron, Chloride, Chlorpyrifos, Diazinon, Indicator Bacteria, Organophosphorus Pesticides, Sedimentation/Siltation, Sulfates, Toxicity, and Trash. Arroyo Simi,
Arroyo Las Posas, and Calleguas Creek support aquatic, avian, terrestrial, and riparian flora and fauna as they flow through five cities before flowing into the ecologically significant and delicate Mugu Lagoon and then Pacific Ocean. Calleguas Creek, Arroyo Las Posas, and Arroyo Simi were of vital importance to Native Americans, particularly the Chumash, who located no fewer than five villages along these creeks and buried their ancestors along their banks. The creeks provided, and continue to provide, the Chumash with sources of food, sacred sites for ceremony, and cultural materials for baskets, jewelry, clothing, and aps (Chumash dwelling units). These creeks remain important to all of their watersheds’ residents and visitors, who also fish, hike, wade, view wildlife, conduct scientific study, participate in trash clean ups, and otherwise use enjoy their plethora of beneficial uses.

Arroyo Simi and the Arroyo Simi Greenway Arroyo Simi flows roughly 12 miles from Corriganville Park to Simi Valley’s western city limits. A recreational trail which extends along Arroyo Simi’s length, where users routinely view aquatic life, avian wildlife, and riparian vegetation as they hike, jog and bike along the trail, is about 40% complete, but has the potential to eventually connect multiple parks, schools, and neighborhoods, and to become a valuable resource that the community is proud of and uses on a regular basis. In 2005, the Rancho Simi Recreation and Park District, City of Simi Valley, Simi Valley Unified School District and Ventura County Watershed Protection District jointly created an Ad Hoc Committee to develop the Arroyo Simi Greenway Specific Plan to revitalize Arroyo Simi into a scenic Greenway which includes healthy recreational opportunities and provides transportation alternatives other than the automobile. The Specific Plan identifies goals for the revitalization of the Greenway, including improving Arroyo Simi’s water quality and enhancing Arroyo Simi’s riparian habitat. The plan also includes improving the Greenway’s recreational uses by realigning and extending the existing path, developing trailhead areas, providing pedestrian/bike bridges and overlooks at key locations, installing interpretive and ecological interpretive exhibits, providing additional rest and picnic areas, and improving access to and visual awareness of the Greenway. The plan is designed to be completed in smaller phases over time as funds become available.

Mugu Lagoon: Mugu Lagoon and its wetlands, home to the Chumash Native American Village of Muwu, is protected as an Area of Special Biological Significance (“ASBS”). It is one of the key coastal wetlands in the state, supporting over 60,000 shorebirds each spring, up to 10,000 shorebirds in the winter, thousands of ducks during duck migration season and the winter, and 18 species of fish. It is an integral component of the Pacific Flyway, and over 205 avian species have been reported in the Lagoon, including five avian species listed under the Federal Endangered Species Act. One of the world’s largest populations of Belding’s Savannah Sparrow is found in Mugu Lagoon, and it is also home to the farthest-north remaining population of Light-footed Clapper Rail. Peregrine Falcon have also been observed at Mugu Lagoon, and Mugu Lagoon supports the largest
remaining natural Brown Pelican roosting area in southwestern California.

About The Wishtoyo Foundation and its Ventura Coastkeeper Program: Founded in 1997, Wishtoyo is a 501(c)(3) non-profit grassroots organization with over 700 members consisting of Ventura County’s diverse residents and Chumash Native Americans. Wishtoyo’s mission is to preserve and protect Chumash culture, the culture of all of Ventura County’s diverse communities, and the environment that our current and future generations depend upon. Wishtoyo shares traditional Chumash Native American beliefs, cultural practices, songs, dances, stories, and values with the public in its Chumash Discovery Village and through educational programs in schools to promote environmental awareness and natural resources stewardship. In 2000, Wishtoyo founded its Ventura Coastkeeper Program (“VCK”). VCK’s mission is to protect, preserve, and restore the ecological integrity and water quality of Ventura County’s inland and coastal waterbodies for all beings in the County’s diverse community through outreach and education, restoration projects, advocacy, litigation, and community organizing and empowerment. For more information about Wishtoyo Foundation and its Ventura Coastkeeper Program Visit: www.wishtoyo.org.