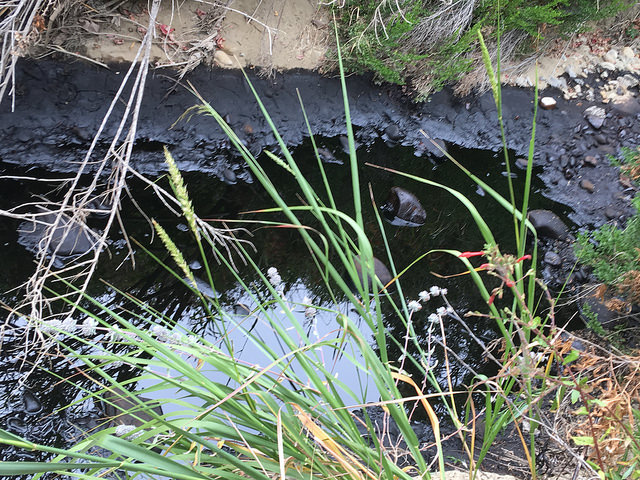 Sea level rise, super storms and ever more deadly fire seasons are increasing as climate change tightens its grip on communities around the globe. Oil spills have been increasing dramatically due to a disturbing combination of inadequate regulations, weakened infrastructure, and poor regulatory oversight. Within the United States, the quest for more fossil fuels also results in more people and waterways being exposed to the disasters that arise from the extraction and transportation of fossil fuels.

This means that a majority of watersheds and coastlines are at risk for more disasters, which puts Waterkeepers on the front lines when disaster strikes. After Superstorm Sandy and the BP Gulf Oil spill, Waterkeeper Alliance created a rapid response protocol to train Waterkeepers around the world to be prepared to defend their waterways when disasters strike.

The Rapid Response Protocol is a streamlined process based on the FEMA Incident Command system, which is the emergency response system used by the federal government. Through this protocol, the international Waterkeeper Alliance and local Waterkeepers work as a team to efficiently assess the situation and quickly disseminate information to the public, often at times when government agencies are failing to be fully responsive or transparent. The information collected through Rapid Response also allows Waterkeepers to determine the risk to public water supplies, whether the disaster is being sufficiently addressed, and if impacts to waterways are being properly contained and mitigated.

Unfortunately, in California, the Rapid Response Protocol is deployed all too often to respond to fossil fuel emergencies. In the last sixteen months, there has been a oil refinery explosion in LA (February 2015), a pipeline spill in Ventura (June 2016), and a pipeline spill in northern Santa Barbara (May 2015) that spilled 21,000 gallons of crude oil into the Santa Barbara Channel, creating an oil slick coating 10 square miles. In each instance, Waterkeepers were out in the field, up in the air, or out on the water within hours investigating the extent of the damage. This watchdog role is critical, as the extent of spills is almost always seriously underreported in initial reports, making it impossible to protect nearby communities and ecosystems. Waterkeepers are the eyes on the ground, keeping fossil fuel companies and government agencies honest and accountable.

In response to the June 23, 2016 spill of crude oil from a pipeline owned by Crimson Pipeline in Ventura County, Wishtoyo Foundation and its Ventura Coastkeeper program launched a response to the disaster. Twelve hours after the oil spill was first reported, Wishtoyo Foundation and its Ventura Coastkeeper program completed an independent investigation. Their photos are alarming, revealing that many hours after the rupture was discovered, much of the oil remains in place in thick black pools that can trap and kill wildlife. The photos show a distinct absence of equipment and workers needed to effectively and quickly clean up an oil spill. There were very few signs of clean up crews from Crimson Pipeline using absorbent pads or booms to soak up the oil and remove it from the environment. The investigation by Ventura Coastkeeper reveals that, contrary to assertions made to the media by Crimson Pipeline, the company was not acting quickly to clean up the oil, and was instead letting it seep further into the ground and threaten the lives of any nearby wildlife.

In the case of disasters like this pipeline spill, California Waterkeepers are prepared to safely, quickly, and effectively respond. Through this response, the public can rest assured knowing Waterkeepers will be on the job night and day. They will be independent third party watchdogs throughout the disaster, making sure that the community has accurate and up-to-date information, and that companies are held accountable for the destruction they cause. Even as California Coastkeeper Alliance and Waterkeepers in California oppose fossil fuel development, exploration and transport, and work to improve oil spill response measures, they are also poised to respond any time disaster strikes.

« The Demise of Ocean Desalination
With Millions of Bond Dollars Earmarked for River Restoration, New Tool Will Help Maximize Return on Investment »