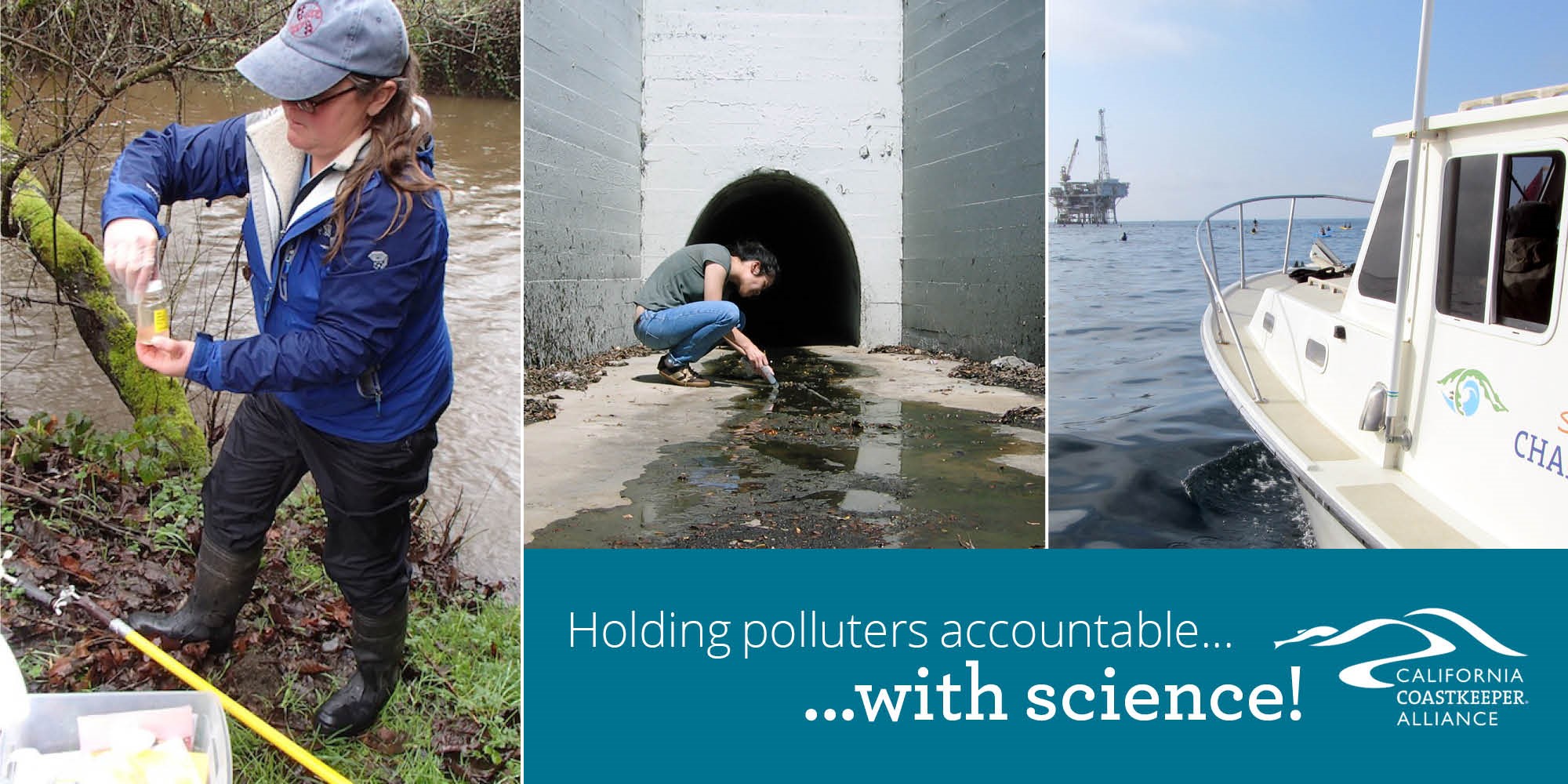 This Earth Day – April 22, 2017 – California Waterkeepers throughout the state will march to resist the Trump Administration’s attacks on clean water.

The science that Waterkeepers use daily to hold polluters accountable, keep our rivers flowing and swimmable, and make our coast more resilient to climate change is under attack. Budget cuts, evidence-based policymaking, censorship of researchers, disappearing datasets, and threats to dismantle government agencies harm us all, putting our health, food, air, water, climate, and jobs at risk.

The March for Science champions publicly funded and publicly communicated science as a pillar of human freedom and prosperity. Marchers are uniting as a diverse, nonpartisan group to call for science that upholds the common good, and for political leaders and policymakers to enact evidence-based policies in the public interest

Waterkeepers are actively mobilizing their members and volunteers for local marches to rally their communities around science. Attacks on science prompted Russian Riverkeeper to forego its usual Earth Day stewardship projects to support scientists under siege and the use of science in public decisions at the Santa Rosa Science March. Humboldt Baykeeper is also joining people in over 400 cities around the world at the March and Science Expo in Arcata with hands-on activities and tools for the community to support evidence-based policies in the public interest.

Other satellite marches will be taking place across the state, including in Lake Tahoe, Los Angeles, Long Beach, Fullerton, Monterey, San Diego, and San Francisco. California will send a clear message to the nation and to the world that we will not go backward when it comes to clean air, climate, and water.

Join your local March for Science

Be informed about Legislative Attempts to Support or Attack Science.

Oppose H.R. 1430 & 1431, co-sponsored by Orange Country Representative Dana Rohrbacher, which would impede EPA’s ability to use scientific evidence in rulemaking and would give polluters greater influence by excessively drawing out the scientific process.