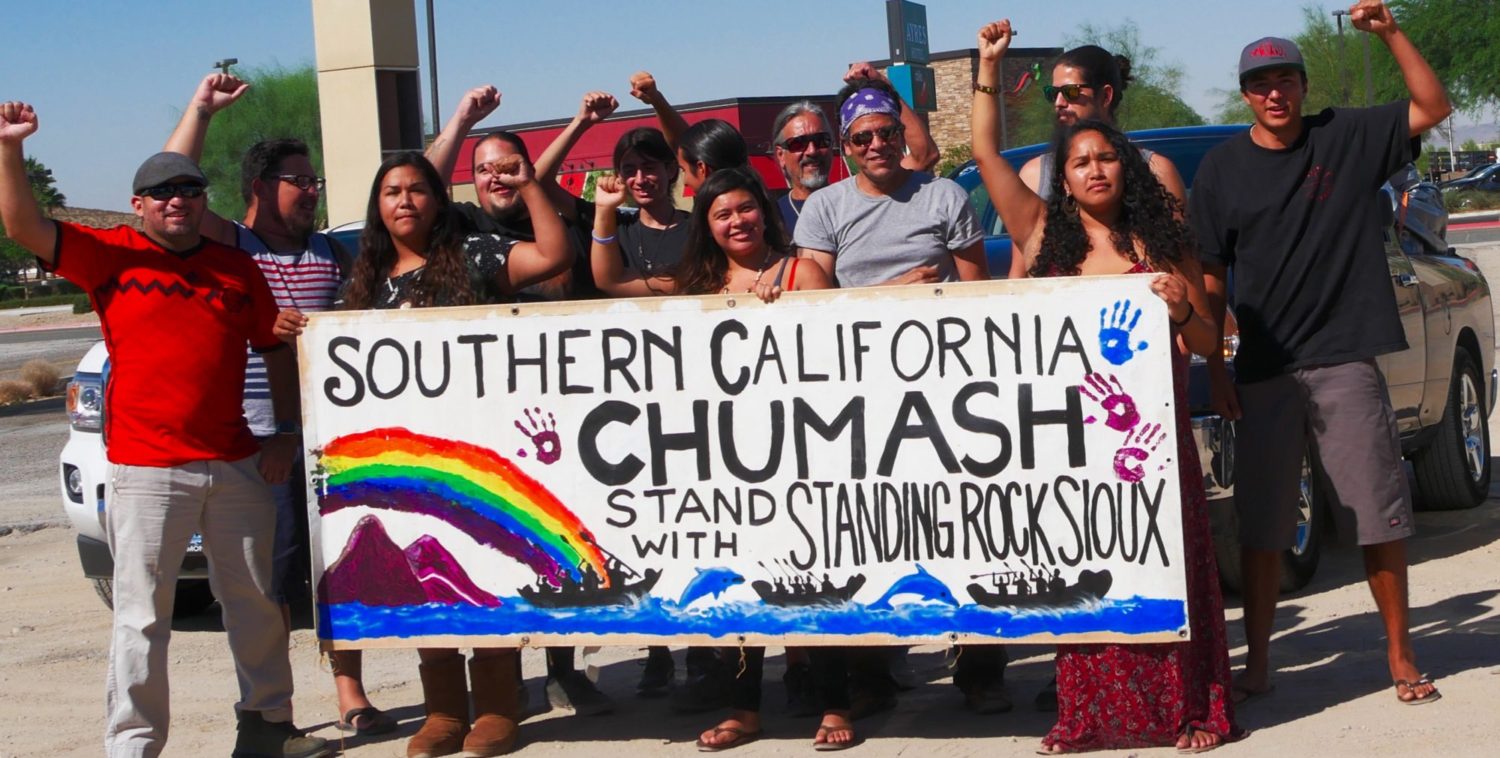 On September 7, Wishtoyo Foundation and its Ventura Coastkeeper Program sent a delegation of Chumash representatives and intertribal allies to support the Standing Rock Sioux Nation and their historic “Water is Life” movement to halt the construction of the Dakota Access Pipeline. 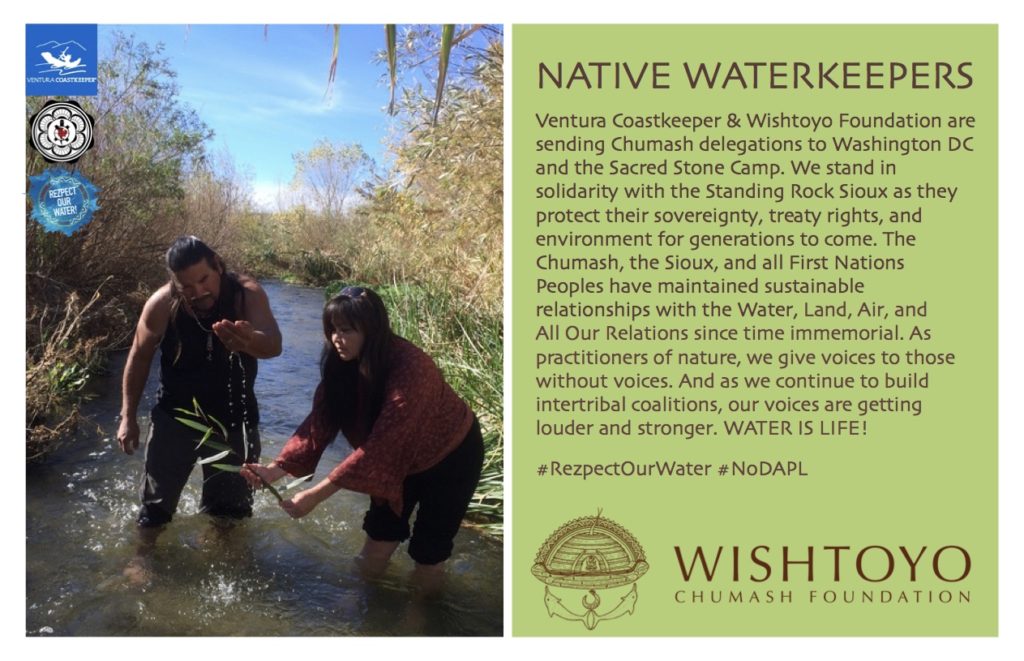 The proposed $3.8 billion DAPL will run underground beneath the Missouri River, the sole source of water for the adjacent Standing Rock Sioux Reservation. The DAPL is estimated to transport 570,000 barrels of crude oil per day under the river, across four states, through central prairies and traditional lands, and threatens at minimum 27 identified sites of significant cultural and historical value.