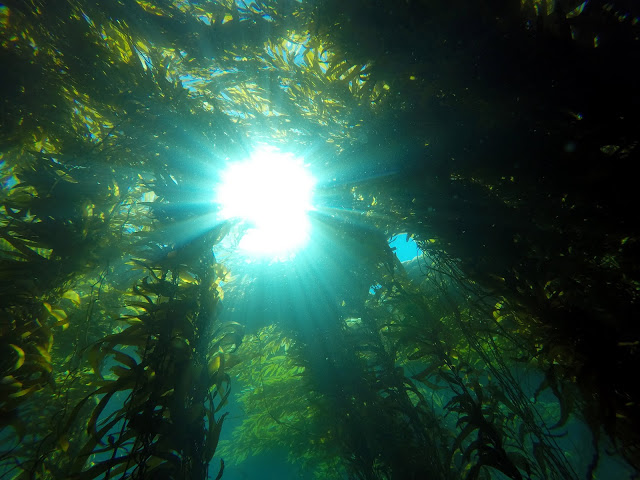 Sacramento–  Today, Senator Scott Wiener’s (D-San Francisco) Senate Bill 69, the Ocean Resiliency Act of 2019, which aims to improve and protect the health of the Pacific Ocean off of California’s coastline passed the Senate with a 27-6 vote. It will now head to the Assembly for committee hearings in the coming weeks. SB 69 will restore ocean habitats, such as coastal wetlands, that sequester greenhouse gas emissions; protect keystone species in order to maintain biodiversity; and safeguard the streams and rivers. California’s coastal and ocean ecosystems are among the most vulnerable in the world to the impacts of global climate change. These impacts harm the industries and communities that depend on our oceans, and the effects will only worsen without immediate and sustained action.

Global carbon emissions are changing the chemistry of the world’s oceans. Oceans can and do absorb a significant share of the carbon dioxide released by the burning of fossil fuels. As oceans trap these emissions, the acidity of our oceans increases, leading to ocean acidification (OA). OA has enormous implications for the health and productivity of California’s coastal and ocean ecosystems and the communities and industries that depend on them. From corroding shells and skeletons of marine organisms to disrupting normal fish behaviors, OA has the potential to alter marine food webs and ecosystems and the benefits they deliver to society, including California’s $45 billion ocean-based economy. The U.S. West Coast is exposed to some of the lowest and most variable pH waters, and it is likely to be among the first places to experience the biological and economic effects of OA. In California, several top coastal fishery resources and the industries they support are at risk, including West Coast Dungeness crab, market squid, and shellfish aquaculture species (for example, oysters or mussels). Addressing this threat requires a sustained, multipronged approach to mitigate acidification at a local and statewide scale.

SB 69 will help protect keystone species like salmon and whales. It will direct the Department of Fish and Wildlife, among other things, to ensure that salmon-bearing rivers and streams are not inadvertently damaged by sediment flows created during the logging process. SB 69 will also direct the California Air Resources Board to develop a permanent voluntary Vessel Speed Reduction (VSR) incentive program for the Santa Barbara Channel and San Francisco Bay Area regions off California, which will help to protect migrating whales.  This legislation will also ensure that wetland ecosystems, some of the greatest carbon sinks in the world and important buffers against sea level rise, are restored through beneficial reuse of dredged sediments.

“Today the California Senate furthered its commitment to sustaining our oceans and its resources for the benefit of all by passing SB 69,” said Noah Oppenheim, executive director of the Pacific Coast Federation of Fishermen’s Associations. “This bill will enhance our state’s water quality, improve our salmon hatchery management system for the benefit of all commercial and recreational fishermen and women, and ensure that forestry practices protect other beneficial uses and downstream coastal communities. Our legislative effort has been refined over the past several months, turning what was once called a “turducken” bill into a lean, mean, king salmon-filled California roll. Thank you Senator Wiener for sponsoring this critical legislation!”

“Today, the California Senate took an important step towards making our ocean and coast more resilient to climate change and other threats,” said Sean Bothwell, executive director of the California Coastkeeper Alliance. “From whale starvations to massive fish die-offs, climate change is having real and profound impacts to our ocean and Senate Bill 69 provides action-oriented solutions to address those impacts now.”

SB 69 is sponsored by the California Coastkeeper Alliance and the Pacific Coast Federation of Fishermen’s Associations, and has the support of the Pacific Coast Shellfish Growers Association and the Ocean Conservancy, among other environmental and coastal economy-based groups.  It is co-authored by Assemblymembers Tasha Boerner Horvath (D-Encinitas) and Marc Levine (D-San Rafael). It will be set for a hearing in the coming weeks. Click here for the full text of the bill.