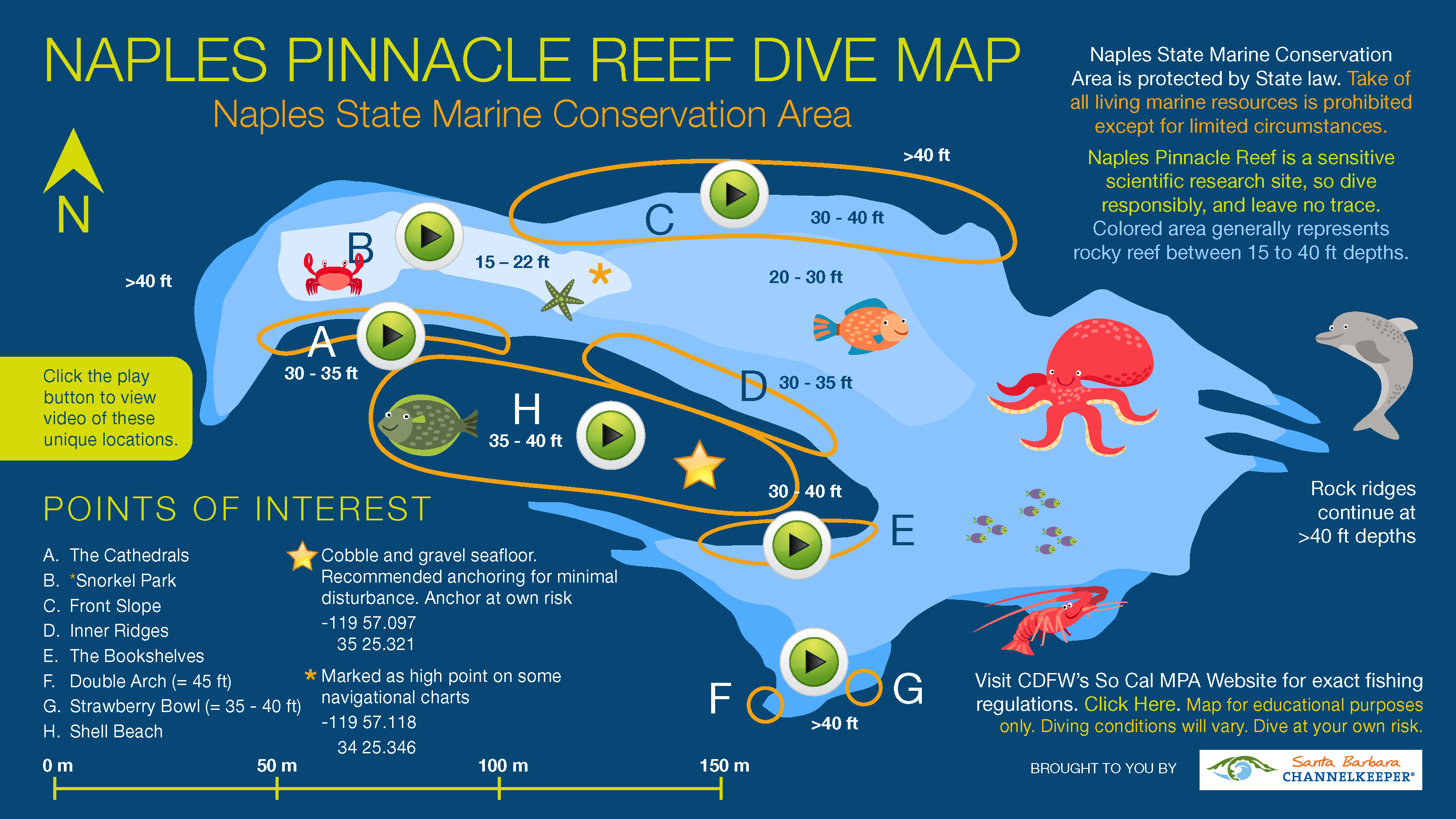 Channelkeeper  surveyed the underwater park to identify the most striking aspects of the area and then created an interactive SCUBA diving map. With clickable and scannable links to access underwater videos of each location, the map provides a virtual tour of one of the Santa Barbara Channel’s most biodiverse areas. You can see the map online or pick up a free copy at SBUBA diving shops and visitors centers.

The Naples Conservation Area is one of 19 Marine Protected Areas located in the Santa Barbara Channel.  A recent study by the University of California Santa Barbara showed that overall sea life inside these reserves is bigger and more abundant than outside the reserves.

Naples reef was a popular fishing site until the area was protected by the State of California in 2013. Limited spear fishing is still allowed there but all other forms of fishing are prohibited. The area remains a very important research site for marine biologists. Channelkeeper urges all who visit the reserve to explore responsibly and minimize disturbances to fish and wildlife.

If you’re a SCUBA diver or snorkeler and you’d like to experience the Naples MPA first-hand, Channelkeeper is sponsoring a discounted trip to the marine reserve with Truth Aquatics on September 11th. You can visit find out more about the trip by contacting Truth Aquatics or by visiting Channelkeeper’s website at www.sbck.org/mpa.