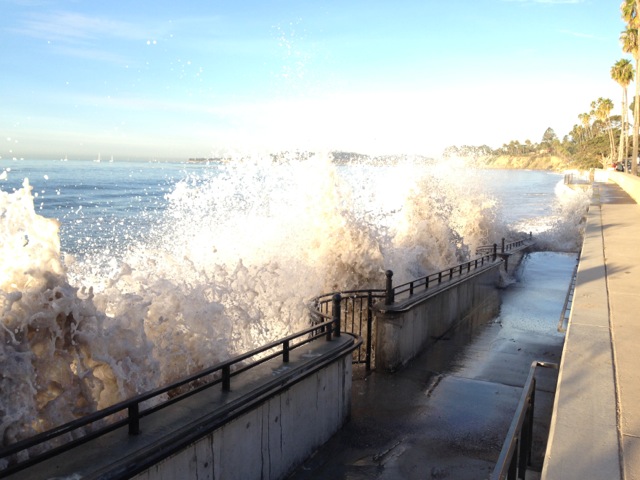 Some of the year’s highest tides, known as ‘king tides,’ will hit the California shoreline next week, providing a glimpse of what the state can expect as sea levels rise in the coming years. This winter, the largest tides will take place on December 13 and 14, 2016, and again January 10-12, 2017. The California King Tides Project is working with local volunteers to photograph these ultra-high tides to illustrate how homes, harbors, beaches, and wetlands, as well as public access to the coast may be affected by future sea level rise.

The National Academy of Sciences has projected approximately up to two feet of sea-level rise by 2050 and up to five feet by 2100 along the California coast. The Army Corps of Engineers has advised communities to plan and develop infrastructure with these predictions in mind.

State and local officials and climate change researchers use the images taken during the king tides season to validate these sea level rise models and better assess local flood vulnerabilities for planning purposes. With more than five years of photographs taken along the coastline, the California King Tides Project is a growing citizen science initiative to help California communities prepare for an uncertain future.

Participants can submit and view images.

Visit http://california.kingtides.net for a calendar of local King Tides throughout the season.