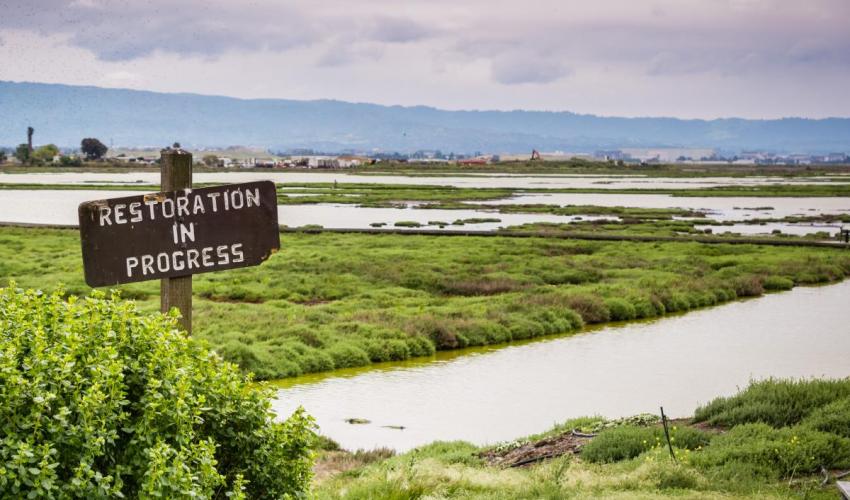 Among the countless items included in the $200-billion state budget that Legislators passed last week was a small but meaningful allocation that will make our state more resilient to rising sea levels.

85 percent of Californians – 39 million residents – live or work along the coast. Our beaches and fisheries have made California’s coast an economic powerhouse as well as a prime tourist destination. That means our state has a lot to lose from sea level rise. Fortunately, coastal wetlands and other habitats can reduce flood risk from sea level rise while absorbing carbon to curb climate change.

The latest California projections forecast more than one foot of sea level rise over the next forty years and four to five feet by the turn of the century. Scientists warn that sea level rise will be punctuated by episodic flood events as high tides and stronger and more frequent storm surges coincide, putting shoreline property, coastal habitats and endangered species at risk.

Wetlands are a critical natural line of defense from sea level rise, but they are not immune to its effects. According to the California Climate Change Center, 350,000 acres of California’s critically important coastal wetlands will be inundated by sea-level rise if not protected. It is critical that California invest in restoring our wetlands before they are a forgotten memory beneath the waves. That is why California Coastkeeper Alliance teamed up with Assembly Member Mullin to secure a cost-effective program to keep these hardworking wetlands healthy. The program promotes beneficial reuse, which is the recycling of clean, dredged sediment for wetland restoration.

Wetlands restoration takes a lot of nutrient-rich soil. The statewide demand for such soil is expected to grow to 170 million cubic yards in the next 4 years. Meanwhile, the U.S. Army Corp of Engineers, which is responsible for dredging the nation’s navigational channels, has an abundance of sediment that could fill this need. However, that sorely needed dredged sediment is currently wasted as the U.S. Army Corps dumps it 55 miles offshore. Fortunately, the federal government will give its dredged sediment to California for wetland restoration projects if the state covers the cost difference between ocean disposal and wetland restoration.

Last week, the California Legislature approved a $6 million allocation to State Coastal Conservancy to create a new beneficial reuse program that will put that rich sediment to work shoring up our wetlands for pennies on the dollar. In turn, California’s restored wetlands will sequester carbon emissions, and provide a natural buffer to sea level rise, protecting homes, roads, and other coastal infrastructure from flooding.