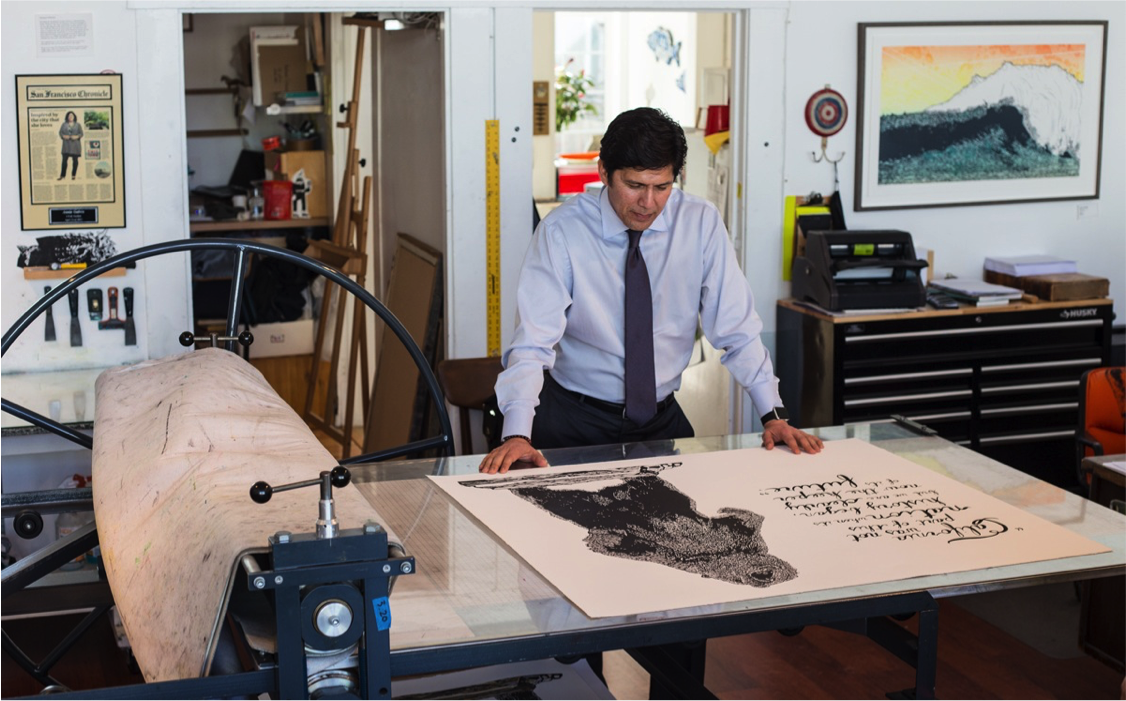 I’m an artist in San Francisco, and my California Rising artwork was recently featured in a story in Time Magazine that focused on California’s response to anticipated changes in federal legislation. Since the story ran in February 2017, some have said the image has become a symbol for preserving California ideals in public policy. The story I want to share with you today is indicative of the fighting spirit of the Blue Business Council and the California Coastkeeper Alliance to protect our critical waterways from pollution and environmental health threats – bringing lawmakers, advocates and artists together in unexpected and constructive ways. 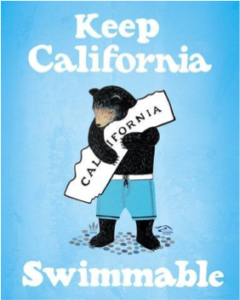 Coastkeeper Alliance Director Sara Aminzadeh first saw the artwork of 3 Fish Studios in 2013 when she saw one of the bear prints that my wife – artist and 3 Fish Studios’ co-founder – Annie Galvin made while visiting San Francisco Baykeeper. After arranging a studio visit, Sara asked if we could create a version of the California-loving bear as a swimmer, and then a drought-minded landscaper. As a result, 3 Fish Studios developed Keep California Swimmable to promote healthy waters, and Back to our Roots to raise awareness about native plants and others that can grow here with little water and help to reduce water demand. We were more than happy to contribute images to these important campaigns – the bear hugging the state always reflected our deep appreciation for all that California provides us – with access and awareness of clean water a huge part what makes our lives here so rich. 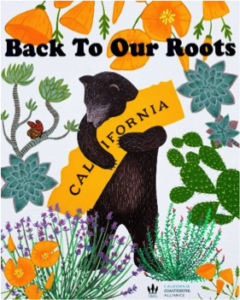 Fast forward to a few days after the 2016 presidential election, when Sara visited our studio again and saw a different kind of bear emerging from our etching presses. California Rising was created to reflect the emotions evoked from a statement our state legislative leaders released the day after the November elections. Stirred into action, this new bear was standing up, ready to protect California culture and values from any threat, perceived or otherwise. Sara offered to bring our artwork with her on her next trip to the Sacramento capitol, and present it directly to the state leaders that inspired it. Again, we happily agreed. 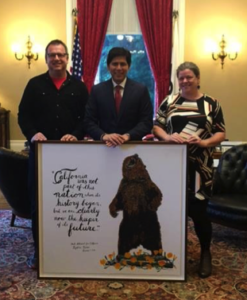 Time Magazine discovered the bear that Sara delivered to Senate President pro Tempore Kevin de León’s office when their reporter was in the capitol researching the story of the California Legislature’s pushback. Time chased the artwork back to our studio and then asked to feature the artwork, and an interview, in their magazine. When the story ran, it was a huge moment for our studio and our art practice. A watershed moment, if you will.

Senator de León and his staff were especially taken with the California Rising image. In January, the senator visited our studio in San Francisco, and we spent a hour printing the bear together, alongside a quote from the statement he co-wrote. It was a very unique and special moment for everyone. Together, we saw the positive impact that words and artwork, married with political action, can have during challenging and uncertain times. The next week we delivered that print to Sacramento, where it is now prominently displayed in his office.

“Since the day Sara brought Eric and Annie’s artwork to the Capitol, the California Rising bear has become a symbol of our efforts to mobilize lawmakers and citizens to defend California’s values,” said Kevin de León, state senate leader. “3 Fish Studios and the other Blue Business Council members represent the fighting spirit of California and are critical allies in our fight to protect California’s coasts and waterways.”

It is hard to imagine California Rising making its way to the highest legislative offices in the state – or Time Magazine – without the support and relationships that the amazing Blue Business Council and California Coastkeeper Alliance networks makes possible. My wife Annie and I are humbled and honored to be Council members, and will continue to do what we can to support the broader effort to defend our communities and environment.