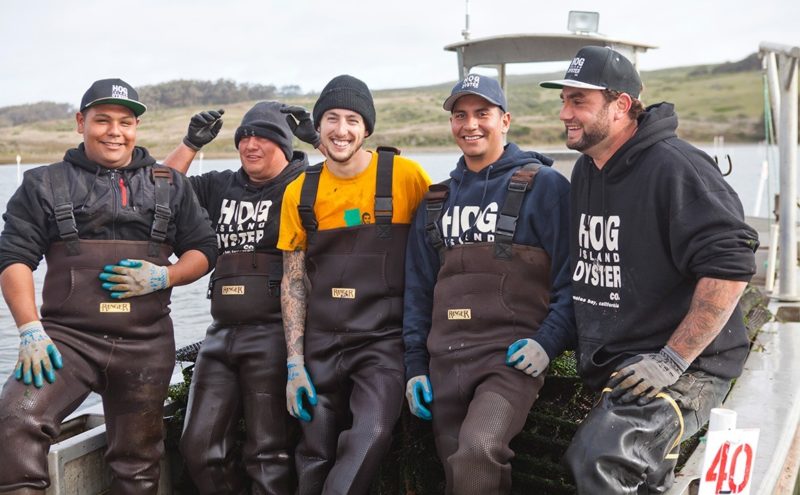 The Blue Business Council is a network of companies working to protect the coast, ocean, bays, rivers, and streams that power our economy. We are proud to have several oyster growers and sustainable seafood companies as members, including Hog Island Oyster Company, Humboldt Bay Oyster Tours, Coast Seafoods, Salty Girl Seafood, Sea Forager, Siren Fish Company, and Real Good Fish. These small California businesses depend on a healthy ocean and are doing their part to ensure the survival of oysters, crab, squid, fish and other species that sustain our communities and economy.

For example, Hog Island Oyster Company is teaming up with UC Davis Bodega Marine Lab to help research climate change’s impacts to our oceans. As our oceans warm and absorb the increasing levels of carbon dioxide in our atmosphere from the burning of fossil fuels, their chemistry and pH are changing.  This process – called ocean acidification –  harms a variety of different organisms, including oysters, fish, mussels and corals in California’s temperate waters.

Oysters are not only a sustainable business and a way of life on our coast, they are a keystone species, meaning that harming them releases a cascade of negative effects on their ecosystem. They improve water quality and are indicators of marine health.  Reduced oyster populations may be harbingers of increasing ecological damage.

As Hog Island Oyster Company says on its website, “The health of the oceans isn’t just important to those of us on the front line who make a living from them, but to all of humanity. The oceans cover over seventy percent of our planet and are the great balancing force, so when something starts to tip the scales the wrong way, we all need to take notice – and act.”

What Oysters Reveal About Climate Change by Mark Bittman, The New York Times

Connecting the Dots on Ocean Acidification by Desmond Ho, CeNCOOS