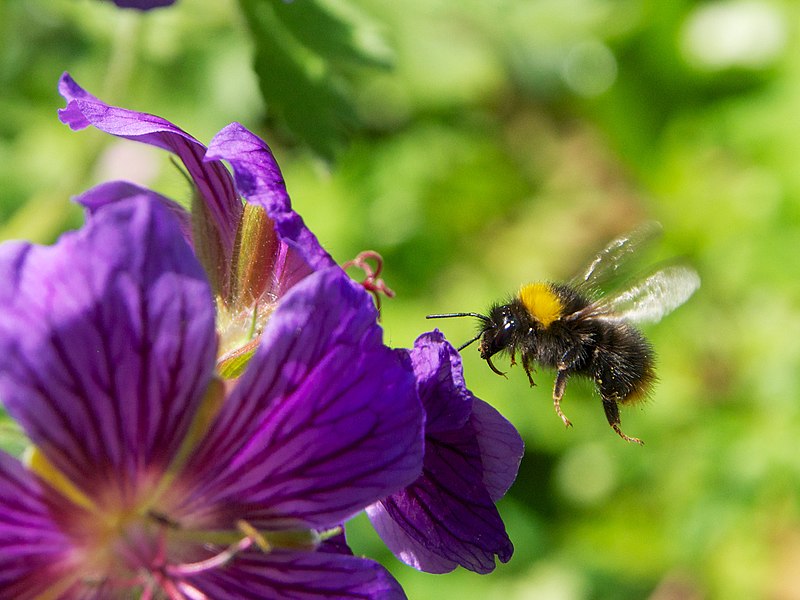 It should come as no surprise that insecticides were designed to kill insects. Neonicotinoids, whose chemical structures are similar to nicotine, are a class of insecticides which have been one of the largest drivers of the global pollinator population decline over the past two decades. Neonicotinoids are powerful toxins that function by attacking the nervous system of any insect that interacts with a treated plant. In high doses they can kill bees on contact, while even small traces can inhibit bees’ ability to carry out vital life functions including navigating, reproducing, and foraging. Neonicotinoids have also been linked to memory loss and migration struggles, symptoms which have led to Colony Collapse Disorder (CCD), an ongoing phenomenon where bees seemingly abandon their hives without cause.

Even more, neonicotinoids are water-soluble and threaten water and wildlife through run-off. Unlike contact insecticides, which stay on a plant’s surface, neonicotinoids are systemic and work by infiltrating into a plant’s tissue. Because of this, plants exposed to runoff transporting these chemicals can absorb the harmful compounds into their tissue, indirectly impacting not only bees but any other non-target insects that rely on plants and their nectar. Regardless of whether the runoff was from agriculture or industrial use, the neonicotinoid levels measured in California waterways surpass the benchmarks set by the California Department of Pesticide Regulation indicating that there is, “…a very high probability that neonics are causing ecosystem-wide damage.”

In a study conducted between 2010-2011, seventy-five surface water samples were collected from three agricultural regions in California during its dry-irrigation season. Out of these seventy-five samples, imidacloprid, a neonicotinoid, was found in sixty-seven, a whopping eighty-nine percent. It is abundantly clear that water sampling for neonicotinoids is currently inadequate. While benchmarks have been set, there is a serious and scary gap in the data. Still, the widespread popularity of these insecticides through the US is indisputable, indicating the problem is likely severe.

There are two ways you can help fight neonicotinoid use. First, consumer power is crucial. Avoid purchasing pesticides and insecticides that contain neonicotinoids by looking at the product’s active ingredients list. You should also be mindful of warning labels, as some insecticides and lawn treatments are not safe for use near bodies of water. Second, you can help to draw attention to bees and the increasing presence of neonicotinoids by sharing widely about the problem. To date, the US Environmental Protection Agency and the California Department of Pesticide Regulation have both failed to acknowledge the catastrophic decline in bee populations and the obvious water hazards. Spreading the word can help draw attention to this devastating issue.