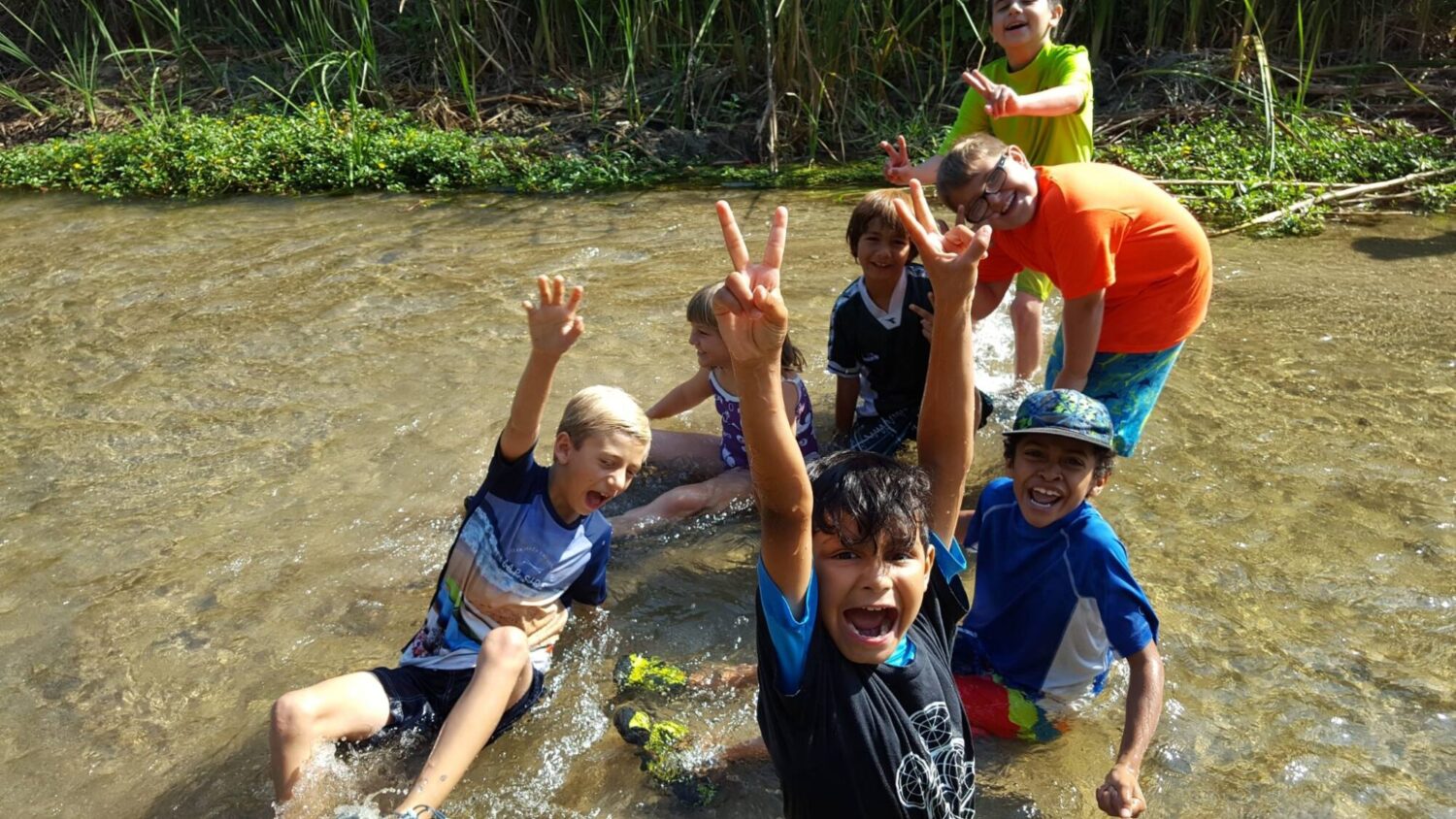 With summer in full swing, Californians are turning to swimming to beat the scorching heat. The state is home to a host of iconic bodies of water, including the Pacific Ocean, Lake Tahoe, San Francisco Bay, and beaches that draw 238 million visitors annually. Ask a Californian what their favorite swimming spot is, and they’ll likely rattle off a treasured watering hole or beach. However, many Californians don’t have the privilege of clean, swimmable water in their community: 50% of California’s lakes, estuaries, and wetlands are too polluted for swimming.

We’re a Long Way from Equitable Access to Swimmable Water.

Though water quality is protected by the Clean Water Act, California faces a wide array of challenges in achieving non-polluted, swimmable water. Because almost 75% of the water produced in California occurs in the upper third of the state and 80% of the demand occurs in the lower two-thirds, water from rivers and wetlands is often channelized and pumped south at great cost to water quality and the environment. Nearly 90% of the state’s original wetlands, which naturally filter toxins and create clean surface water, have disappeared.

Water pollution in California also comes from hazardous waste sites and agricultural use, as well as natural phenomena that will only worsen with climate change, like extreme drought. Hazardous waste sites litter the Central Valley and many urban areas. In January 2021, a state audit found that 1.3 trillion gallons of contaminated wastewater from the oil and gas industry were pumped into crops, waterways, and aquifers in the past decade, mainly in the Central Valley. One of the largest contributors to water contamination in California is the agricultural sector, which uses 24.3 million acres of land and over 80% of all water supplied to the state annually. Agricultural runoff sweeps 600,000 tons of nitrogen fertilizer and pesticides into California’s waterways annually, which results in toxic algal blooms, massive fish die-offs, and water supply contamination.

Climate change is also impacting swimmable waters. A recent study found that human-caused climate change made drought conditions between 2000 and 2018 about 46% more intense than they would have been naturally. Rising temperatures combined with low water flows due to California’s current record-breaking drought have devastated many rivers and lakes, causing toxic algal blooms that make swimming impossible.

Though many rivers, lakes, and beaches across California are in danger of becoming unswimmable, communities of color in the Central Valley and low income urban areas are bearing the brunt of poor water quality: 150 waterways, primarily in Los Angeles, have recently become contaminated with hazardous “forever chemicals”; 7 of Heal the Bay’s top 10 most polluted beaches in California are located in urban or agricultural areas; an EPA report found that over 635 miles of rivers and streams in the Central Valley, including the Sacramento and San Joaquin Rivers and Delta, are so polluted by agricultural pesticides that they are unsafe for recreational swimming.

Many of the small towns and neighborhoods without access to safe places to swim are plagued by physical and mental health issues; swimming, which lowers the risk of diseases and decreases anxiety and depression, can go a long way in helping to address these problems. These primarily low-income communities of color deserve swimmable waters just as much as wealthier, whiter communities along the coast, and California has a long way to go to provide equitable swimming access.

California Coastkeeper Alliance recognizes that swimming in clean waters is an essential part of the California experience, and has long strived for recognition and protection of our coastal areas, beaches, estuaries, rivers, streams, and lakes. In 2013, the California Legislature designated July 25th as Swimmable California Day, which acknowledges Californians’ right to waterways that are clean and safe for swimming, and encourages residents to identify and report those that are polluted. This Swimmable California Day, help us fight for vulnerable populations that don’t have access to swimmable waters. Everyone in California deserves to enjoy our most treasured natural resource.