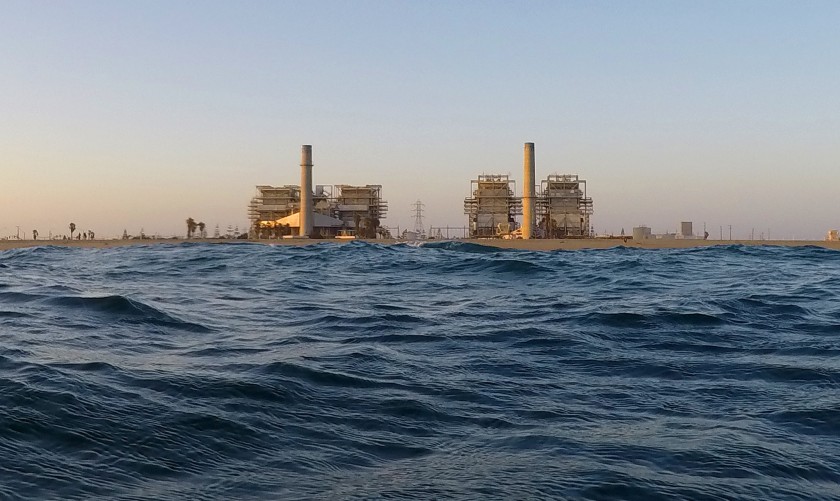 California’s coast is nothing short of iconic.

It’s home to one of the most diverse coastal and ocean ecosystems in the world, with over 1,100 miles of coastline, sandy beaches, tree-topped bluffs, kelp forests, and whale migration routes along its coast. It’s also home to a landmark network of marine protected areas that serve as ‘hope spots’ to restore the beauty and health of the ocean from overfishing and climate change. These habitats, and the marine life they support draw in residents and visitors, support coastal communities, and contribute over $44 billion to California’s economy each year.

The State Water Board took important action to protect California’s coast and marine life by adopting the Once-Through Cooling (OTC) Policy in 2010 to phase-out all once-through cooling power plants due to their significant marine life mortality impacts. Before the adoption of this Policy, 21 coastal powerplants used 16 billion gallons of sea water every day – pulling in and killing nearly all the marine life living within that water.

Now a decade later, the State Water Board is considering proposals to extend the life of four harmful and outdated coastal power plants in Alamitos, Huntington Beach, Ormond Beach, and Redondo Beach, all of which were scheduled to end their seawater intakes at the end of this year.

If the State Water Board were to adopt the proposed OTC extensions, over 100 million gallons of seawater would continue to be pulled into these coastal power plants annually continuing devastating harm to California’s marine life – instead of ending the harm caused by these plants altogether.

Facilities have now had a full decade to comply with the OTC Policy and end the devastating impacts to California’s coastal resources and communities. Any extension to the current phase-out of OTC power plants will unnecessarily harm marine life, interrupt the connectivity of California’s marine protected area network, impede air quality, and ultimately will not be consistent with California’s greenhouse gas reduction goals.

We must demand that for any OTC extension granted, the mitigation required for these plants be increased – if not doubled – to offset the harmful impacts of these plants, and ensure no additional extensions are needlessly granted in the future.