Drought to Flood: What to do about California’s New Normal? Part 1: Floodplain Restoration 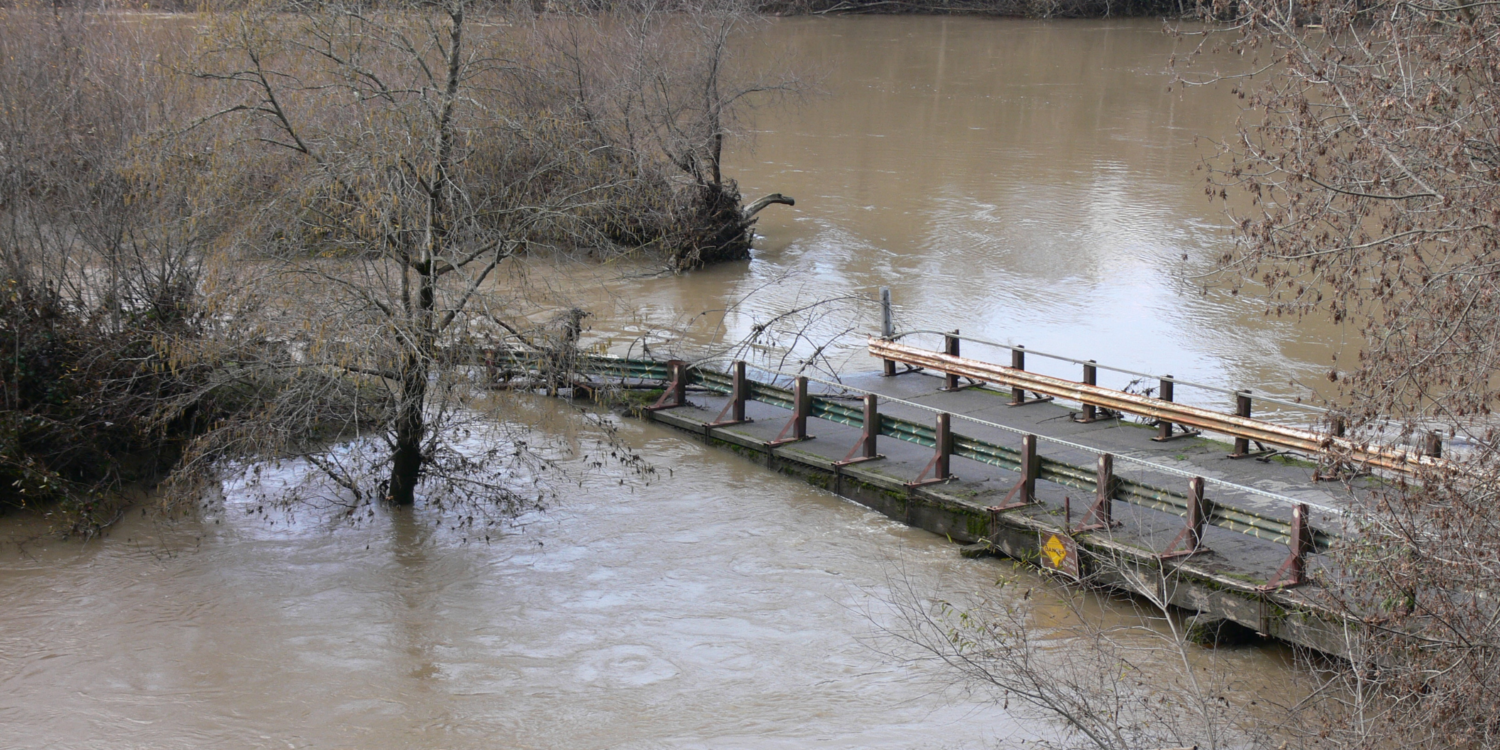 California is starting off the new year with a bang, as an atmospheric river pummels the state with flooding rains, damaging winds, and significant mountain snowfall. After years of intense drought, the latest storm is just one in a series of atmospheric river storms to hit California, with multiple subsequent storms lining up in the coming weeks. The immediate concern comes from breached levees and swollen rivers, which threaten to flood key roadways. Many California residents are already under evacuation orders after the historic rains breached the levees, with authorities warning of an “incredibly dangerous” situation.

While California’s water history might typically conjure images of wildfires and droughts, the state also experiences extreme “megafloods.” In 2017, the state swung from depleted reservoirs to what scientists called “essentially the wettest winter in modern history in parts of northern California.” A January 2021 atmospheric river produced post-wildfire flooding and mudslides, an event that became one of the nation’s billion-dollar weather disasters. The current atmospheric river is yet another example of the state’s wild swings from extremely dry to extremely wet.

With climate change only making our ‘new normal’ worse, what does California need to do to secure water supplies during prolonged droughts while protecting our communities from floods during major storms?

First, the state needs to take the ‘straightjackets’ off our waterways and invest in floodplain restoration. Years of overdevelopment have prevented our rivers and streams from meandering, resulting in faster rivers with nowhere to go during storms but to overflow into surrounding communities. Floodplains provide space for the river to expand and slow its pace during heavy rainstorms, which helps to prevent flooding in downstream communities. These floodplains rehabilitate the ecological systems and habitat that are essential for the recovery of fish and wildlife. They also stop riverbed degradation and reduce the population of predatory non-native fish populations.

California Waterkeepers are leaders in floodplain restoration. In Sonoma County, Russian Riverkeeper is working towards the restoration of what’s called the Hanson Site. Located west of Windsor in the middle reach of the Russian River, it contains 357 acres and four abandoned gravel pits. This section of the river has lost 80% of its floodplain over the past 100 years, eliminating the shallow channels and gravel banks that provide food and habitat for juvenile salmon. Engineers are designing a plan to carefully reshape the terrain, fill the existing gravel pits, and restore lowered floodplains that will reconnect with the river. At completion, the Hanson site will be the largest park on the Russian River, providing river access and recreational opportunities for everyone.

In the Sierra Mountains, Yuba Waterkeeper (part of the South Yuba River Citizens League) is also working on floodplain restoration. The impact of past gold mining on the Lower Yuba River resulted in billions of tons of gravel put into the River, altering the riverbed and impacting native fish populations. In 2016, Yuba Waterkeeper began restoration on 42 acres of the lower Yuba River known as Long Bar. The majority of the restoration process consists of removing approximately 350,000 yards of hydraulic mining debris in order to restore optimal rearing conditions for spring- and fall- run Chinook and Central Valley Steelhead. Yuba Waterkeeper is bringing the floodplain down to water level to create room for the river to meander. This restoration will enhance the health of the river and result in much needed rearing habitat for a better future for steelhead.

Want to know more about how California can better bolster itself against drought and extreme precipitation? Read part two and part three of our “Drought to Flood” series.

« CCKA’s Top 10 Achievements in 2022
Drought to Flood: What to do about California’s New Normal? Part 2: Stormwater Capture »