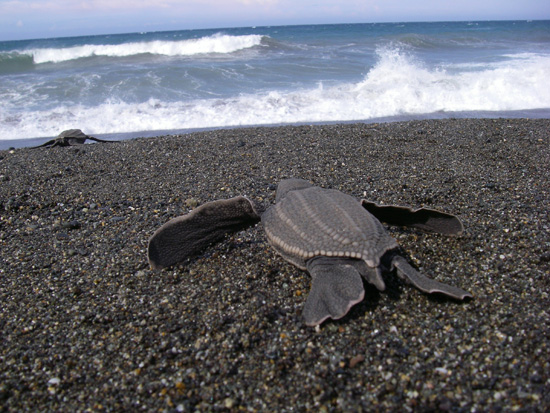 SAN FRANCISCO— A coalition of environmental groups filed a lawsuit Thursday in the Northern District of California challenging the U.S. Fish and Wildlife Service’s and the National Marine Fisheries Service’s opinion of the U.S. Environmental Protection Agency’s recently adopted rule that allows power plants and other industrial facilities to continue the use of outdated “once-through” cooling water intake structures. These systems have been known to hurt or kill hundreds of endangered aquatic animals a year.

The Fish and Wildlife Service and National Marine Fisheries Service both have authority under the Endangered Species Act to prevent the “take” of endangered species and destruction of critical habitat by cooling systems, but instead of addressing this problem now in connection with the EPA’s rule, they have pushed it off to an indefinite future process. Their biological opinion fails to account for the threat to endangered species posed by the EPA regulations.

The cooling water intake structures allowed for by the EPA rule draw billions of gallons of water each day from rivers across the country and collectively destroy tens of billions of fish per year and trillions of organisms per year overall, including individuals from at least 266 federally threatened and endangered species. Among the species affected are iconic sea turtles, orcas, Hudson River sturgeon and Pacific Northwest salmon and trout.

Once-through cooling systems also discharge trillions of gallons of heated water back into these waterways, transferring trillions of BTUs of heat hourly. The resulting unnaturally warm water further disrupts local ecosystems, even causing fatal heat shock to some passing organisms. These impacts have stressed and depleted riparian, lake and coastal ecosystems for decades, and in many cases cooling systems have recorded fish kills exceeding that of the fishing industry.

By shepherding EPA’s rule through without conducting a national analysis, the two wildlife agencies are effectively grandfathering in one of the largest sources of harm of endangered and threatened aquatic species without any serious evaluation.

“Hundreds of power plants across the country have long been using antiquated cooling systems that kill untold numbers of endangered species such as salmon, trout, sea turtles and even marine mammals like seals, while destroying critical habitat for many aquatic species as well,” said Eric Huber, senior managing attorney for the Sierra Club. “The federal wildlife agencies are supposed to protect these species, but in this case they set up a system where this will continue indefinitely, without implementing the measures needed to save them.”

“Every year outdated power plants suck in trillions of gallons of water to keep cool, and in the process boil alive and crush to death thousands of individuals from more than 260 different endangered species, including turtles, salmon, abalone and marine mammals,” said Brett Hartl, endangered species policy director at the Center for Biological Diversity. “The government’s failure to adequately protect hundreds of endangered species is particularly egregious here, when there are technologies that readily available and in use today that would prevent this carnage.”

“From the Gulf of Maine, down the Eastern Seaboard, on the Atlantic and Gulf Coasts of Florida, from the Mississippi River Delta to the headwaters of the Missouri River, and all along the Pacific Coast, cooling water intake structures are jeopardizing the continued existence of hundreds of threatened and endangered and damage their critical habitat,” said Marc Yaggi, executive director of Waterkeeper Alliance. “We are taking action to compel NMFS and FWS to properly analyze the impacts of outdated and destructive once-through cooling and to impose effective measures to protect our vulnerable, endangered aquatic species.”

“The use of once-through cooling systems at shoreline industrial facilities poses a serious threat to fish and other aquatic life in California,” says Sara Aminzadeh, executive director of the California Coastkeeper Alliance. “This legal action will help ensure that endangered fish, turtles, whales and other species are protected from facilities using harmful cooling water systems.”

“Despite tremendous restoration efforts at great public expense, Coho salmon and other protected species in Humboldt Bay and on California’s North Coast continue to decline precipitously,” said Jennifer Kalt, director at Humboldt Baykeeper. “We must take immediate action to protect these iconic species before it’s too late.”

“On the Hudson River, outdated and destructive industrial cooling water intakes continue to take a severe toll on endangered Atlantic and shortnose sturgeon, iconic long-lived species whose continued existence requires the full attention of the federal agencies entrusted with ensuring their future,” said Phillip Musegaas, Hudson River program director at Hudson Riverkeeper in New York. “Unfortunately, these same agencies abdicated their legal and scientific responsibility in favor of maintaining the status quo, leading to the court challenge we have filed today.”

“Antiquated cooling water intakes on Florida’s Gulf Coast are massive killers of our aquatic natural resources. If regulators fully account for the costs associated with these structures, they would mandate commonly used cooling systems that would all-but eliminate these deadly water intakes”  said Justin Bloom, executive director of Suncoast Waterkeeper.

As Sierra Club will argue in this litigation, federal agencies must be required to fully analyze the impacts of these devastating cooling water systems before allowing them to continue operations indefinitely.