Celebrating Yuba Riverkeeper at the Wild and Scenic Film Festival 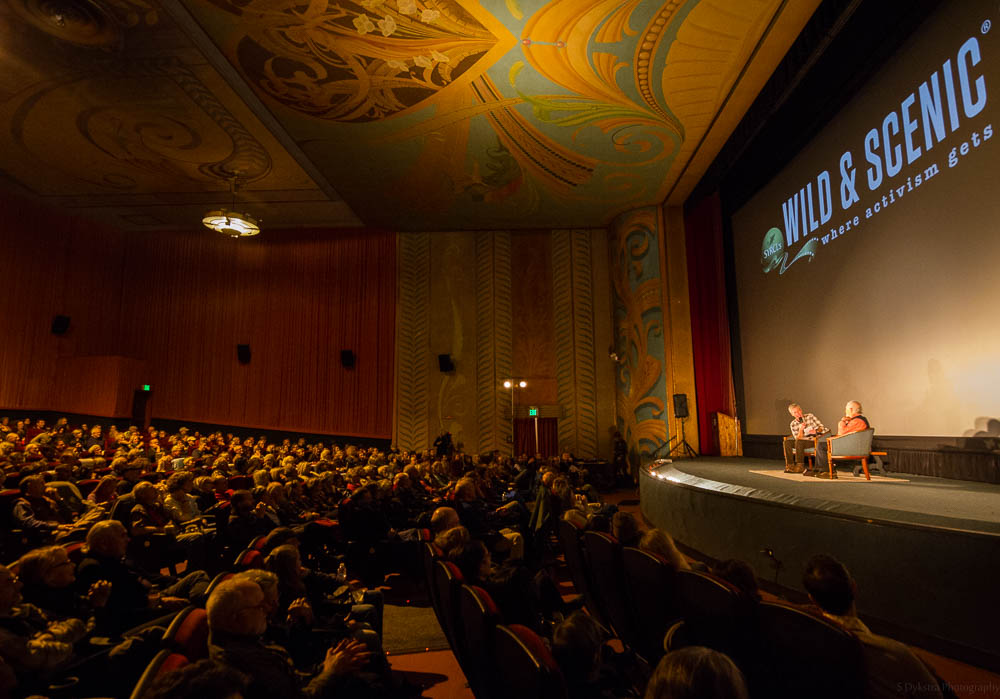 One might be surprised to learn that one of the country’s largest environmental film festivals is based in a town of less than 3,000 people. But, in fact, the Wild and Scenic Film Festival has taken place for 15 years in small, historic Nevada City, deep in the foothills of the Sierra Nevada. It’s organized each year by the South Yuba River Citizens League (SYRCL), a community group dedicated to the protection, restoration, and celebration of the Yuba River watershed. Despite their small size, SYRCL attracts thousands of visitors to Nevada City for Wild and Scenic weekend and organizes an On-Tour program that takes films to watershed groups worldwide. The On-Tour Program took place at over 150 locations and raised $500,000 for local community partners in 2015 alone. In 2016, SYRCL decided to direct some of that incredible organizing experience into a new Yuba Riverkeeper program.

The Sierra foothills is a unique region where many of California’s great rivers begin. Only an hour northeast of Sacramento, the quaint town of Nevada City feels like a world apart. It was once the epicenter of the California Gold Rush and the third largest community in California. Miners came to the region and harnessed the powers of the wild Yuba and Bear Rivers for the country’s earliest hydraulic mining operations. Subsequent outrage over mercury-contaminated debris flooding downstream lead to one of the country’s first environmental laws, effectively ending hydraulic mining in the Sierras.

For its residents, the Yuba is in many ways still the heart and soul of Nevada City, now a small community on the National Register of Historic Places. SYRCL formed in 1983 to channel some of that love into grassroots advocacy efforts to stop new dam proposals. As a result of their work, the south fork of the Yuba received State Wild and Scenic River status. In the years since its formation, SYRCL has developed an extensive water quality monitoring, trash clean up, and public outreach program, with a dedicated corps of thousands of members and volunteers. The Film Festival alone requires over 600 volunteers, most of whom are motivated by their love for the Yuba and their dedication to SYRCL. 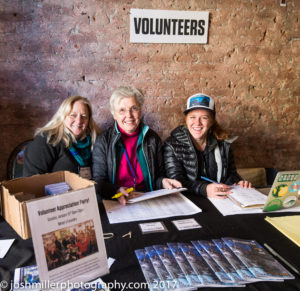 The Wild and Scenic Film Festival is framed by organizers as one ‘by activists, for activists,’ showing over 100 films that capture the stories of environmentalists and adventurers around the world and the landscapes that inspire them. This year the guest of honor was distinguished poet, Gary Snyder, and the theme was ‘At the Edge,’ to remind viewers they’re part of a larger global movement for a ‘more wild and scenic world.’ It came as no surprise, then, that one of the first films was about Waterkeepers, telling the story of Inside Passage Waterkeeper and their work in the salmon-dependent communities of southeast Alaska.

Other fan favorites included People’s Choice Award Winner, In Pursuit of Silence, a stunning meditation on our relationship with noise, and Kid’s Choice Winner, The Gnomist, a sweet short illustrating the healing power of nature through a community’s efforts to turn their local woods into a fairy kingdom. My personal favorites were Guided, Super Salmon, Being Hear, and The Island and the Whales, which won Best of Fest for its exploration of the changing culture of subsistence whaling on the Faroe Islands.

No activist festival would be complete without a call to action and, once again, SYRCL demonstrated their ability to galvanize the community en 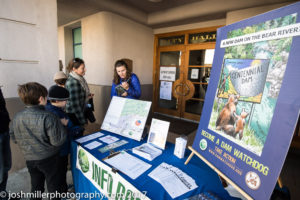 masse on an important issue. This year, that issue was Centennial, a proposed dam on the Bear River that the local water district claims will make the region more drought-resilient. SYRCL got over a thousand people to sign up as ‘Dam Watchdogs’ to assist them in their efforts to watch dog the proposal and protect the last free flowing miles of the Bear River.

CCKA saw the Wild and Scenic Festival as an opportunity to introduce SYRCL and the Yuba Riverkeeper to our networks and get dam watchdogs* signed up throughout the state. It was an inspiring way to kick off the New Year and officially welcome Yuba Riverkeeper to the California Waterkeeper family.

*Want to become a Dam Watchdog? Visit http://yubariver.org/centennial-dam/ and sign up!