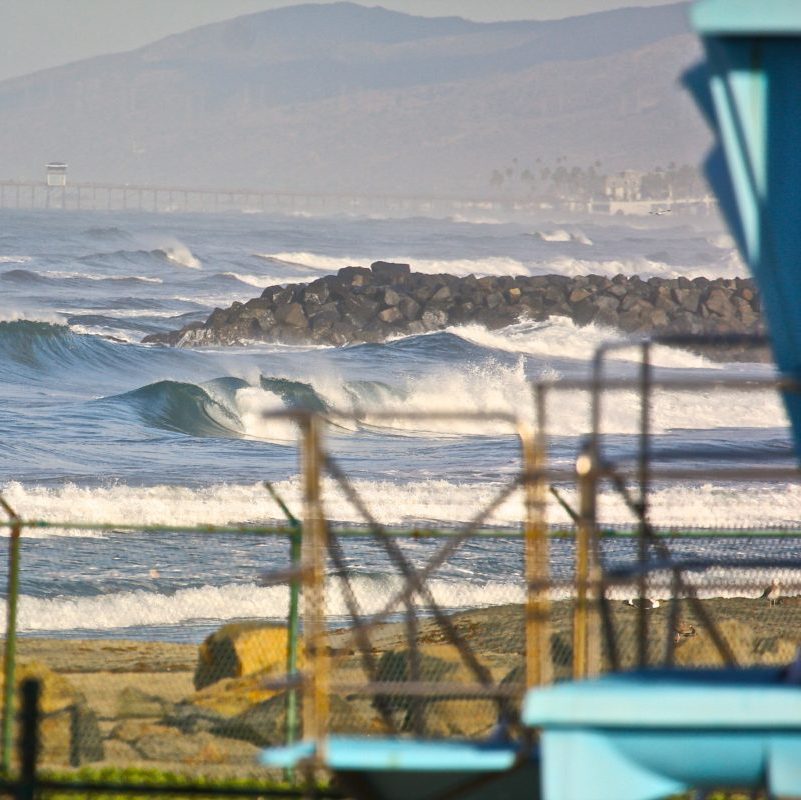 On California’s coast, the sea level is projected to rise by more than a foot over the next 40 years. Ocean acidification and hypoxia have enormous impacts on the health and productivity of our marine ecosystems. How can we mitigate the impact of climate change on our ocean  today – and in the future? The answer to that question is the focus of our new Ocean Climate Resiliency Action Plan. Designed as a tool to help guide the ocean community as we work towards developing a “Blue New Deal,” our Action Plan zeroes in on five target goals – and related strategies – that can help support and protect the 85% of Californians who live or work on our near our coast, as well as our state’s $45 billion ocean-based economy.

Two of these goals focus on nutrient pollution, which exacerbates algal blooms and ocean acidification hot spots. Because California’s urban water used only once, then treated as waste, 12 billion gallons of water are dumped offshore each day, contributing to nutrient pollution. How can the State Water Board better manage and treat wastewater to prevent unnecessary pollution? We recommend recycling all wastewater by 2040, and requiring treatment facilities to add nitrate removal to their operations, among other strategies.

Similarly, agricultural water discharges transport pollutants such as pesticides and nitrates to the coast, contributing to ocean acidification and depleted oxygen – known collectively as “OAH.” CCKA’s strategy includes updating the California Legislature and Governor’s Office about negative water quality impacts caused by large-scale agricultural operations, as well as talking the State Water Board with a Biological Policy to better protect aquatic health.

Critical to mitigating the effect of climate change on our coastline are living systems such as kelp forests, seagrass beds, and salt marshes, which ameliorate ocean acidification at the same time that they serve as nursery habitats for valuable fish species. Although these areas have shrunk in the past century, steps can be taken to better protect them. CCKA’s recommendations include tasking the California Coastal Conservancy with developing a permanent, statewide program to use high-quality sediment for wetland restoration, and the California Department of Fish and Wildlife, among others, to produce high resolution mapping tools for coastal wetlands. A separate objective is to fund the Fish and Game Commission to incentivize scuba divers to promote kelp forest restoration.

Finally – and perhaps most critical – is the goal of protecting coastal development in zones that are at risk from sea level rise. Without a framework in place to coordinate a strategic response, a patchwork of California’s 44 coastal communities have built seawalls and revetments in response to storm surge events, which accelerates erosion of existing beaches and coastal habitats and prevents the natural processes or adapting to coastline changes. CCKA recommends the establishment of a Living Shorelines Fund, as well as requiring the State Treasury to consider climate change and sea level rise prior to funding coastal infrastructure projects.

Climate change is no longer a projection. It is happening now, and our ocean bears the brunt of its impact. We must act now to protect California’s coastal ecosystems – and our way of life.