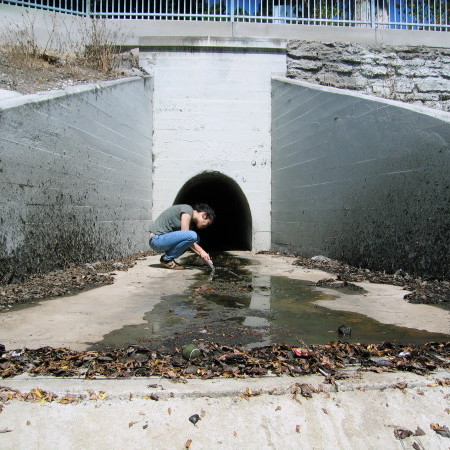 Our new President said he was “committed to eliminating harmful and unnecessary policies” like the Climate Action Plan and the Waters of the Unites States rule. He is already making good on that promise by removing all mentions of climate change from his new White House website. And Scott Pruitt, his pick to head the Environmental Protection Agency, has repeatedly protected industry from environmental policies.

California’s leaders have pledged to defend California values by holding our ground on climate change, clean energy and
air quality programs fundamental to our health and economy. But there has been considerably less focus on water, despite the enormous threats coming from Washington D.C. and even within the state. Just as we lead the nation on climate action and renewable energy, we must lead on water.

California’s Porter-Cologne Water Quality Control Act and other state laws provide a robust set of tools to achieve clean
water. Brian Gray from the Public Policy Institute of California recently laid out a roadmap for a state of water
independence, explaining that our strong state laws can provide a firewall against federal policy. But in order to insulate our communities, rivers, coast and economy from federal policies that put profits above public good, we must use state authority effectively.

We need our State Water Resources Control Board and its nine Regional Water Quality Control Boards to dramatically
step up efforts to enforce the laws designed to ensure that every Californian has access to safe, clean waters that are
swimmable, fishable and drinkable. Records show that these Boards currently conduct few site inspections or audits to
check whether rules are being followed to protect flow levels in our rivers and streams and to ensure safe water quality.

Most Board enforcement actions focus on administrative violations – like failing to submit paperwork on time – while
toxic pollution flows into and through our waters, making them unsuitable for swimming or fishing. Polluters typically get
off with just a warning, making the stakes for following the rules too low to promote compliance. The State Water
Board’s own Annual Performance Report recognizes that of the 3,271 stormwater violations identified in 2013-2014, 99
percent of them were handled with informal warnings. And when Water Boards do assess a fine, they are so small that
polluters generally pay the fine rather than invest capital to address their pollution. This has created a de facto ‘pay to
pollute’ system that protects polluters, rather than a system that protects communities from water pollution. Similarly, for
many of California’s streams and rivers, the Water Boards have failed to quantify and enforce flow levels that protect
endangered species and the public’s right to swim and fish.

This long-lasting neglect has dire consequences for our environment and communities. Over ninety percent of rivers and
streams assessed by the state are too polluted for drinking, fishing or swimming.  The economic and public health cost of
this widespread water pollution is staggering. California communities are spending $428 million each year to clean up
trash and marine debris. A 2006 study concluded that contamination from polluted runoff at Southern California beaches
sickens approximately one million swimmers every year, resulting in public health costs of $21 million to $51 million
annually.

In the absence of strong government enforcement, California Waterkeepers and other non-profit organizations have
stepped into a watchdog role to protect the health of our waterways. Waterkeepers monitor industrial sites for polluted
runoff to identify polluting facilities, enforce the Clean Water Act through citizen-led lawsuits and compel the cleanup
and restoration of waters in order to protect public health. But with a new Administration threatening to erode federal
protections for our waters, we need state government agencies to step up and fully enforce and implement our clean water laws.

President Trump’s EPA under Scott Pruitt could reflect his philosophy that states understand their needs best and should
be allowed to regulate their own environment. In Pruitt’s home state of Oklahoma that means letting polluters off the
hook. In California, we can and must do better.

In the early days of the Trump presidency we know the eyes of the nation will be on California. Our state has succeeded in reducing carbon emissions because we have effective laws and strong oversight to hold polluters accountable. Now is our chance to show the country and the world that California can lead on water just as it is leading on climate change.

This article originally appeared on Water Deeply, and you can find it here. For important news about the California drought, you can sign up to the Water Deeply email list.