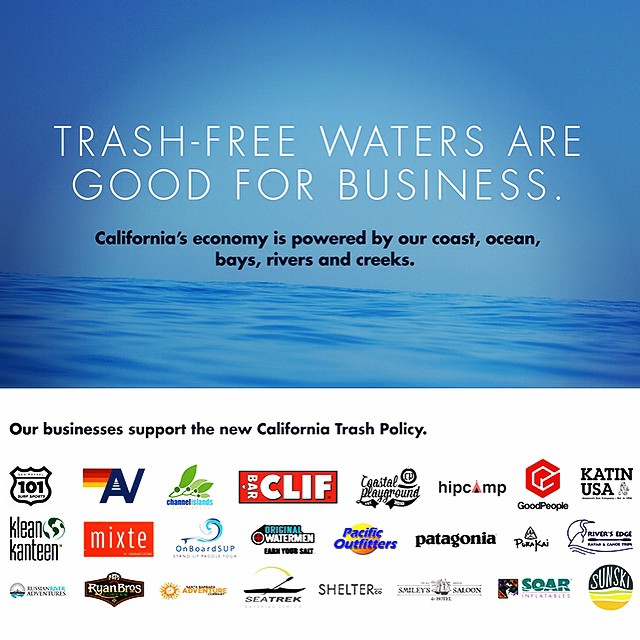 (Sacramento, CA) – Today, the California State Water Resources Control Board is expected to adopt an innovative upstream solution to keep trash out of waterways—a “Trash Policy” that officially creates a standard of no trash in California waters.  The Policy would require cities to meet this standard over the next 10 years by installing trash-catching devices in storm drains. The Policy also prohibits plastic manufacturers and rail yards that transport plastic materials from allowing pre-production plastics (commonly called “nurdles”) from entering California waterways.

A 2012 EPA report found that coastal cities and counties in California spend approximately $420 million per year cleaning up marine debris. These communities—and thousands more inland along rivers and streams—rely on clean waterways to power their tourism, recreation and fishing industries. With so much at stake, business leaders are urging the state to invest in prevention, with the adoption of this Trash Policy.

“California’s economy is powered by our coast, ocean, bays, rivers and creeks. But too many of our waterways are choked with trash. It is clogging the rivers and streams where we work and play, and littering the beaches that power a $39 billion coastal economy. While California has a rich river and coastal cleanup tradition, far more trash reaches our waters than can be removed. Fortunately, we can clean up our creeks and coastline by tackling the problem upstream … The Trash Policy is a smart investment that will put California on the path to clean rivers, trash-free beaches, and a thriving economy.”

“Klean Kanteen was founded on the idea of reducing waste. We urge California to take similar actions to keep trash out of the rivers, bays, and oceans we love,” said Caroleigh Pierce, a spokesperson for Klean Kanteen.

“The new Trash Policy is essential to protect California’s tourism- and recreation-based economy, and could become a national model for keeping trash out of our waterways,” said Sara Aminzadeh, Director of California Coastkeeper Alliance.

The Blue Business Council is a network of business partners who are informed about and actively engaged to protect clean and plentiful water in California. The Council was launched by California Coastkeeper Alliance and twelve local Waterkeeper organizations in 2014 based on the belief that clean waters are vital to the state’s economy, public health, and the California way of life.