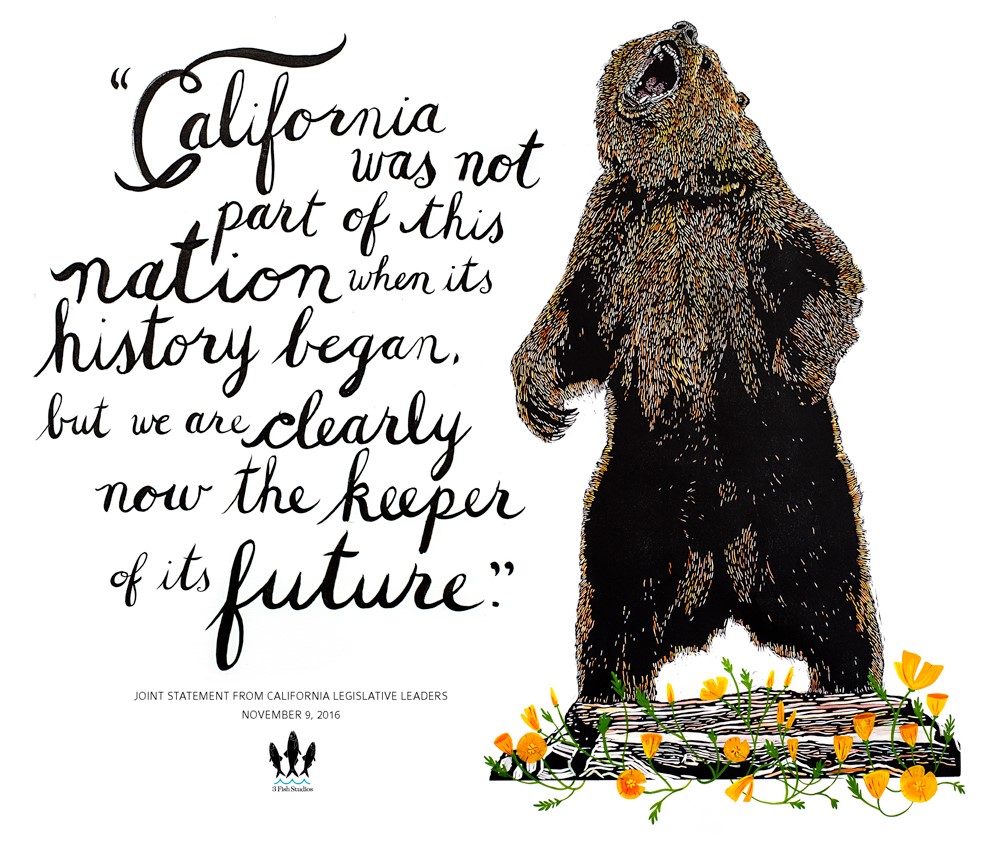 Yesterday, Senate President pro Tempore Toni Atkins released amendments to Senate Bill 1 (SB 1), the California Environmental, Public Health and Worker’s Defense Act of 2019.   The bill would provide state agencies with greater authority and flexibility to respond to Trump administration federal rollbacks in protections for Californians.  The amendments clear the way for the bill to be passed by the State Assembly this week and forwarded to Governor Newsom for his signature.

One of Senator Atkins’ amendments removes language regarding the State Water Resources Control Board’s wetlands policy.  That policy was adopted last April in response to federal weakening of Clean Water Act protections for the wetlands that help provide clean drinking water and flood protection benefits. However, the late introduction of the language created new opposition and it was removed to avoid further confusion about the bill.

A second amendment reinforces the flexibility that SB 1 provides to the Department of Fish and Wildlife (CDFW) to respond to federal rollbacks that affect California’s threatened and endangered species.  The amendment provides further clarification that SB 1’s provisions ensure that CDFW has the ability to respond rapidly to federal rollbacks while ensuring that the best available science is incorporated.  This amendment was requested by multiple water users.

The amendments kept intact SB 1’s provision that reinforces California’s existing requirement that the California Endangered Species Act applies to the Trump Administration’s management of the Central Valley Project, the largest in the state.  SB 1 supporters agree that this provision is essential to the overarching purpose of this bill, particularly in response to the recent Trump Administration’s overt political decision to sideline federal scientists and weaken protections for Southern Resident Killer Whales, salmon, and other Bay-Delta fish species.

The supporters of SB 1 offered the following comments:

Kim Delfino, Defenders of Wildlife: “The Trump administration is recklessly undermining dozens of critical federal protections to benefit powerful special interests.  Last month, the administration launched an unprecedented attack on the Endangered Species Act, rolling back critical protections for imperiled species and their habitat at a time when our world is facing an extinction crisis.  SB 1 will provide the necessary flexibility for California to respond to the damaging federal rollbacks as they fight to protect California residents and natural resources.”

Kate Poole, Natural Resources Defense Council: “Senator Atkins has shown tireless leadership to pass SB 1, as well as for new amendments that resolve all legitimate outstanding issues.  The only remaining issue is a demand by the Westlands Water District, a Trump Administration favorite, to strike a requirement that the massive federal Central Valley Project must comply with State law.  This provision is essential to protect dangerously vulnerable fish, orca, the salmon fishing industry, as well as the water supplies of other water users – all of whom are subject to the state law that the Trump Administration hopes to ignore.”

Kathryn Phillips, Sierra Club California: “Certain water users have offered red herrings to explain their opposition to requiring the Trump Administration to obey state law.  But their real goal, confirmed by their own statements, is to pressure the Newsom administration into supporting the Trump Administration’s attacks on California’s environment.  We anticipate the legislature and the governor will stand up to Trump’s mischief by supporting SB 1.”

Sean Bothwell, California Coastkeeper Alliance: “When Trump took office, California promised a wall of resistance against his Administration and federal rollbacks. It’s now time to act on that promise for our environment. SB 1 ensures California will not bow to the pressures of Trump and those who will benefit from his rollbacks. With the amendments taken yesterday, the only remaining sticking point is whether California is going to defend its own Endangered Species Act, or cave to Trump’s rollbacks and federal water users. We hope the Governor sticks to his promises.”

John McManus, Golden Gate Salmon Association: “The Trump Administration is in the process of gutting existing federal protections for Bay-Delta salmon, the backbone of our industry.  Those rollbacks threaten California’s 23,000 job, $1.4 billion salmon fishery.  SB 1 provides responsible, science-based interim state protections essential to hard working fishing families.  The desert agribusiness barons in the Westlands Water District already have installed their lobbyist, David Bernhardt, as the Secretary of the Interior. Now, they’re asking the legislature and the Governor to waive state sovereignty over our rivers and streams and instead hand it over, no questions asked, to the Trump administration to do as it will.”

Michael Lynes, Audubon California: “SB 1 presents the California Legislature and Governor Newsom with a choice: whether to uphold the State’s authority and powers to protect vulnerable wildlife for all Californians and future generations, or to allow the Trump administration’s environmental rollbacks to push more species in the state toward extinction. The Westlands Water District and other Trump administration allies feel they have won at the federal level as their friends – and former employees – roll back environmental protections at a frantic pace, so they are working hard to stop California from protecting its natural resources. The Governor and legislators have the opportunity to stop the Trump administration’s toxic policies from degrading California.”

Mary Creasman, California League of Conservation Voters: “There has never been an Interior Secretary with more blatant conflicts of interest than the Trump Administration’s David Bernhardt. As a former lobbyist for oil, gas, and water barons, he’s wasted no time doing everything in his power to undermine critical wildlife, environmental, and worker safety protections for his old clients. It’s no secret that the weakening of these strong and popular laws by the Trump Administration has been planned and calculated for years by the very people who stand to benefit financially. The effort to weaken and defeat SB 1 is an effort to continue this corporate polluter agenda. Our future is on the line. California leaders must step up to the challenge and reject the Trump Administration by passing SB 1.”